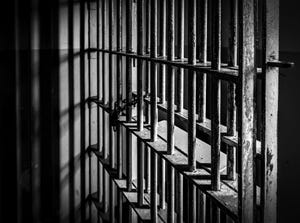 Lawsuit alleges mistreatment of a Navajo County detainee during the pandemic

Amid the wider debate over the treatment of inmates during the pandemic, attorneys filed a federal lawsuit alleging unfair treatment of an inmate with underlying health conditions in the Navajo County Jail who is known to have cases of COVID-19.

The lawsuit seeks the immediate release of Neko Wilson, a 38-year-old detainee with asthma who is being detained without commitment on a 2009 charge.

Lee Phillips, Wilson’s attorney, said while the lawsuit was filed on behalf of one inmate, he hopes it will have an impact on others – by requiring widespread testing and social distancing in prison, and allowing medically vulnerable inmates to be released.

“While Navajo County and Navajo County Sheriff David Clouse claim they are taking adequate measures to contain the virus in facilities, the skyrocketing number of infections tells a different story. In fact, the defendants did not even take the most basic security precautions for detainees and employees, ”the lawsuit said. The lawsuit argues that Wilson’s rights as a medically vulnerable person are violated under the Americans with Disabilities Act and the Rehabilitation Act.

The Navajo County Sheriff’s Office has not commented on possible or pending legal proceedings, according to spokeswoman Tori Gorman.

Six employees and no inmates have the virus, according to a statement from the Navajo County Sheriff’s Office. Another 12 prisoners are in quarantine.

The inmates who were infected with the virus in June have been quarantined for 14 days, according to a statement, and are allowed to be re-housed with the rest of the group. Tests are not done unless inmates show symptoms of the virus.

The lawsuit alleges that Navajo County failed to adequately conduct COVID-19 tests for people entering the facility and those already inside and did not adequately protect medically vulnerable inmates from the virus.

It is also alleged that new inmates being held in prison could carry the virus into the facility because they are not properly screened before entering, social distancing is near impossible within the prison, and facilities are insufficiently cleaned.

The prison began screening people entering the facility for the virus using temperature controls in mid-March. Personnel were required to wear masks from June 8th, while inmates were given them on June 16th. The first case of the virus in Arizona was reported in January.

According to the Navajo County Sheriff’s Office, newcomers will be kept separate from the group for 24 hours and will be housed “according to medical advice” after either staying in prison or being released on bail. ”

The quarantine area includes a common day room with telephones and showers, which the prison says will be disinfected every time inmates are released from the cells. Those who are considered “high risk” due to illness will be housed in a designated area separate from the quarantine room.

Wilson was not placed in quarantine because of medical problems, despite the fact that the prison knows he is on high blood pressure medication and has asthma, according to Phillips.

The prosecutor in Wilson’s case asked that he produce medical records to prove his asthma.

Wilson told The Republic that he is increasingly concerned about the possibility of contracting the virus, which he believes is more common than the prison is making public.

Despite repeated requests for a COVID-19 test, even offered to pay for it, or updates about other inmates with the virus, Wilson said he has been repeatedly denied information and is in the dark about his safety.

Cleaning is not enough.

“We are in the middle of a pandemic. Arizona is currently ground zero for the pandemic. And we have people there who are housed in a district and are treated less like humans, “he said.

The day of the federal lawsuit, July 2, marks a year after Wilson was jailed without bail. But last week, Wilson learned that after a year of denied applications, he would be given a hearing to determine the terms of his bail release.

A date for the hearing has not been set, although Phillips is trying to speed up the process with special measures. The appeals court, which overturned a lower court ruling that Wilson held unbound, is also requesting an oral hearing on the case.

Wilson was arrested for his involvement in a robbery in 2009, breaking the parole on a previous charge of marijuana transportation. He had spent more than nine years in a California prison before being released in 2018. Shortly thereafter, he was arrested again for parole violation, which was never heard at the time of his California arrest and which took him to jail last July.

Phillips argues that Wilson should be able to serve prison terms at the same time, which would mean he wouldn’t still be in jail. Navajo County Attorney Joel Ruechel disagrees and is calling for an additional nearly nine years’ imprisonment for violating 2009 probation, with Wilson in prison without bond.

Phillips says Wilson was a model inmate while in prison. He received no violations, graduated as a paralegal, and worked in the kitchen.

Is it worth buying the Hyundai Tucson 2022? – MotorBiscuit

A Colorado Town Is About as Vaccinated as It Can Get. Covid Still Isn’t Over There.