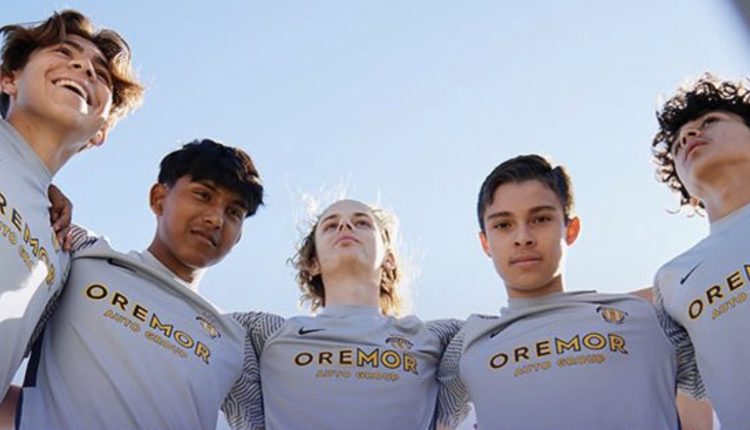 For three days, ECNL Phoenix provided teams with the opportunity to test themselves against other teams and other styles of play from around the country. One of those clubs this weekend was Legends FC.

Traveling outside of the conference this weekend provided both those sides an opportunity to see how they stacked up against other top teams from around the ECNL.

“It’s an invaluable experience for these boys,” Legends U16 Head Coach Andriy Budnyy said. “It gives us an opportunity to gauge how we compare to other leagues.”

Over the course of the weekend, Legends U16 side faced off against Mustang SC, Seattle United, and Davis Legacy. Overall, finishing the weekend at 2-1, Budnyy was very happy with how his team was pushed by the competition this weekend.

“I think overall I was really hoping that going into these we would get pushed and today we got pushed,” Budnyy said. “It’s awesome because not only does it allow the boys to see new teams, but we also get to play against the top teams.”

On the U17 side, Legends faced off against Seattle United, Marin FC, and Eastside FC. They finished the weekend going 2-0-1, including a thrilling game against Eastside on Sunday.

Mateo Ambriz opened the scoring early for Legends with a goal in the 4th minute. Legends continued controlling possession throughout much of the first half, but Eastside was able to fight their way back into the game before halftime.

In the 33rd minute Kyle Kropp found himself open in the box on a corner kick and was able to slide one into the bottom left corner past the keeper to tie things up at 1-1.

In the second half, Legends was able to regain control on a goal from Julian Borja to make it 2-1. Legends then had an opportunity to extend their lead with an excellent cross into the box, but it was smashed off the crossbar and the lead stayed at one goal.

Eastside countered with a number of good chances at the end of the game, but the Legends defense held up to secure the 2-1 win.

Not only was the game a chance for Legends to see some other top competition from around the country, but it was also a chance for them to see some styles of play that they generally do not see in California.

“It’s great to see teams that are outside of our conference and how they play, and they play differently, and it gives us different problems and challenges,” Legends U17 Head Coach Pepe Ortega. “I love that we are exposed to different styles.”

One of those styles Ortega noted was seeing much more physicality from the teams they played this weekend. “When we play teams out of California, they’re very physical, athletic, and they hit us. I think we aren’t really exposed to that in California, so that’s definitely fun to see, especially the East Coast when they’re a lot more physical.”

While Legends has experienced a lot of success early in the season, this weekend showed Ortega that they still have a lot of work to do this year as they continue to improve and work toward having playoff success.

“We consistently try to push the level and push the standard,” Ortega said. “We still have a lot of work to do in order for us to really have a good run in the playoffs. The focus is always long term.”