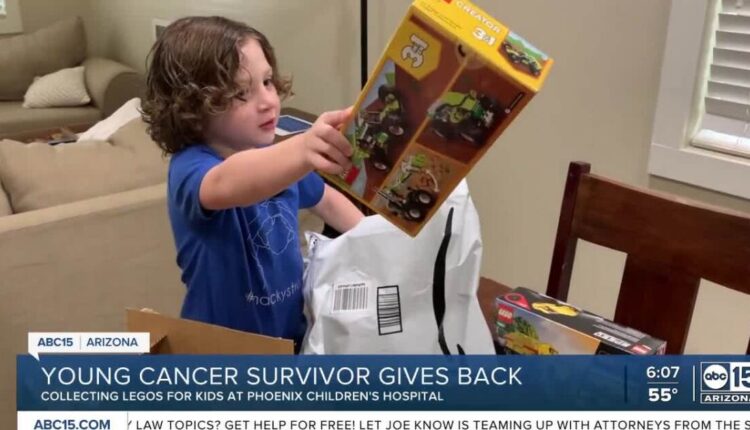 PHOENIX — While racing inside his home, four-year-old Macky Porter can hardly contain his excitement.

His latest donation drive is one he and his family hope helps children battling cancer.

“We spent a lot of time in the hospital didn’t we?” asked Dani, Mack’s mom.

The idea for the Lego drive was spawned by Macky’s own fight against that terrible disease back in 2021 as he recalled those long days and nights stuck in a hospital bed and receiving chemotherapy.

“We found that blocks and Legos were a really great addition to our day because we could just build whatever we wanted, we could pretend we were somewhere else,” said Dani.

Now in remission, Macky and his family are hosting their second annual lego drive, creating an Amazon wish list that’s brought in more than 300 donations and counting.

“We’ve used social media, the Amazon wish list is super helpful because I don’t have to give my address out they just add them to their car and they ship right here,” said Dani.

Along with the shipments of legos are dozens and dozens of personalized notes with touching words by those moved by this effort.

“We’ve gotten some really neat notes, some are in honor of their child that’s passed away that really loved legos when they were in the hospital,” said Dani.

Later this month, Macky will tow the toys into Phoenix Children’s Hospital.

Proving that once again that kindness is certainly the building block of life.

Construction to close wall gaps in Yuma still on hold