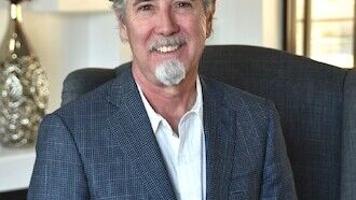 dr Leonard Frederic Ditmanson passed away at the age of 63 in Oro Valley, Arizona on Wednesday, April 20, 2022.

A Tucson resident and servant to the medical community for nearly four decades, “Lenn” was a family man and is survived by his loving wife of thirty years, Diana Lynn Ditmanson, three children, Erica, Sara and Mia Ditmanson, two stepchildren, Ali Keeton and Adam Taylor as well as four grandchildren, Taylor, Poppy, Lilian and Corin. He is also survived by five siblings, numerous extended family members and work colleagues as well as countless friends and former patients from around the world.

Born on August 2, 1958 to Dr. Marcy and Joyce Ditmanson, Lutheran medical missionaries to Taiwan, Dr. Lenn Ditmanson spoke fluent Mandarin, established a brilliant career in Internal Medicine and was a selfless provider and confidante to those in need. He was an unearthly diagnostician who knew from the age of four that he would be a doctor. By the time he was twelve, he was scrubbing with his dad, whom he fondly called a “doctor’s doctor.” Indeed, four of Lenn’s siblings, Gordon, Paul, Sue and Phil are physicians, and the fifth, Peter, is a Harvard-educated sinologist.

An alum of Augsburg College, Dr. Ditmanson graduated from Mayo Medical School in Rochester, Minnesota and relocated to Tucson in 1986 to undertake his residency at The University of Arizona Health Sciences Center. A gifted and compassionate caregiver, Dr. Ditmanson started his career at Pima County’s Kino Community Hospital where, amongst his other duties, was Chief of Staff and a leading voice in the battle against HIV/AIDS at a critical time in the history of that pandemic.

“Lenny” was well known for myriad roles across the Arizona medical community and in recent years was an advocate for medical treatment of opioid addiction and served in capacities at America’s Rehab Campuses and COPE Community Services. He will be remembered for his selfless soul and superhuman calmness that inspired trust and confidence from all who were fortunate to know him.

Lenn treasured his family, enjoyed cooking and was the happiest puttering around the kitchen while experimenting with new recipes to the humor of countless loved ones delighting in his company. He also enjoyed baseball and proudly flaunted a 2001 World Series Championship ring earned from his service as a physician for the Arizona Diamondbacks. In 2002, dr. Ditmanson was an honored representative to carry the torch through Tucson on his way to the Winter Olympics in Salt Lake City, Utah.

dr Leonard Frederic, “Lenn” and “Lenny” Ditmanson was beloved by many and will be greatly missed by all. Arrangements by Vistoso.