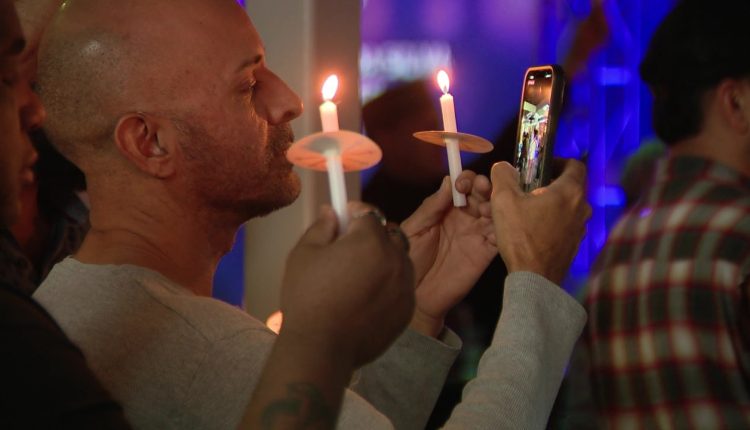 PHOENIX – As investigators continue to look into a deadly shooting at an LGBTQ nightclub in Colorado, events are being organized to remember those who died.

Read More on the shooting

The shooting happened at a nightclub called Club Q in Colorado Springs. Authorities were called to the club at around 11:57 pm Saturday with a report of a shooting, and the first officer arrived at midnight.

“At least two heroic people” confronted the gunman and stopped the shooting, according to Colorado Springs Police Chief Adrian Vasquez, adding: “We owe them a great debt of thanks.”

Two firearms, including a “long rifle,” were found at the scene. Five people died as a result of the incident.

The suspect identified as Anderson Lee Aldrich is in custody. A man with the same name and age was arrested in 2021 after his mother reported he threatened her with “a homemade bomb, multiple weapons and ammunition,” according to authorities. POlice did not confirm whether it was the same person, saying they were investigating whether the suspect had been arrested before.

The violence is the sixth mass killing this month and comes in a year when the nation was shaken by the deaths of 21 in a school shooting in Uvalde, Texas.

Although a motive in the shooting wasn’t yet clear, nor were the gender identities of the victims, the incident came as anti-gay rhetoric has intensified by extremists.

In June, 31 members of the neo-Nazi group Patriot Front were arrested in Coeur d’Alene, Idaho, and charged with conspiracy to riot at a Pride event. Experts warned that extremist groups could see anti-gay rhetoric as a call to action.

The previous month, a fundamentalist Idaho pastor told his small Boise congregation that gay, lesbian and transgender people should be executed by the government, which lined up with similar sermons from a Texas fundamentalist pastor.

In addition, drag events have become a focus of anti-LGBTQ rhetoric and protests recently as opponents, including politicians, have proposed banning children from them, falsely claiming they’re used to “groom” children.

At Kobalt Bar, an event was organized for members of the LGBTQ community to honor those who were list.

“The fact that anyone would want to be malicious and come into a space with a harmful intent,” said Kacey Blake. “It should never happen, in my opinion.”

Balles was already planning a celebration of life in honor of International Transgender Day of Remembrance.

“I’ve been planning this event for a couple of months, and last night’s tragedy really highlighted why this event was important,” said Balles.

The shooting came during Transgender Awareness Week and hours before International Transgender Day of Remembrance, when events around the world are held to mourn and memorialize transgender people lost to violence. Club Q, according to its website, features a “Drag Diva Drag Show” on Saturdays.

“We won’t let hate stop us from doing what we do,” Balles said.

The shooting, however, did send a shockwave of sorts to at least some members of the LGBTQ community.

“It makes us all a little fearful of what could potentially happen in a space like this,” said Blake, who almost did not attend the event. “Coming out was something I wanted to do, especially today, specifically, but it’s scary because you don’t know who will show up.”

“This is horrific, sickening, and devastating. My heart breaks for the family and friends of those lost, injured, and traumatized in this horrific shooting. I have spoken with Mayor (John) Suthers and clarified that every state resource is available to local law enforcement in Colorado Springs,” Colorado Gov. Polis said. “Colorado stands with our LGTBQ community and everyone impacted by this tragedy as we mourn.”

Colorado Gov. Polis is the first openly gay man in the United States to be elected governor. He was first elected in 2018.

“Any assault against the LGBTQ community is an assault on all of us,” read a portion of a brief statement issued by Governor-elect Katie Hobbs.