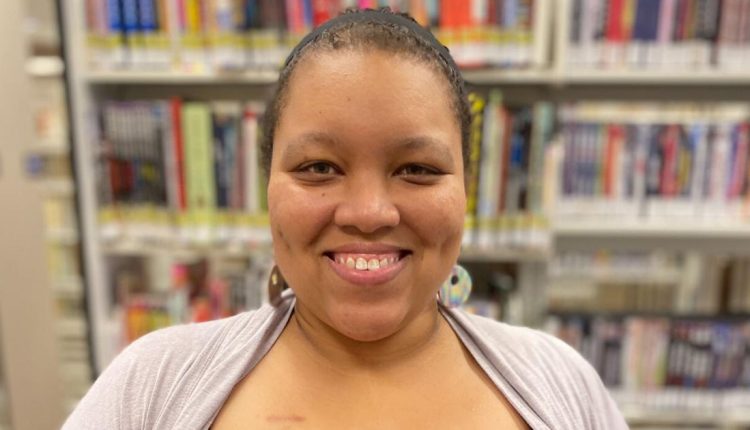 A little more than five years ago, Kindred co-founders Tenecia Phillips and Dana Moore had an idea: what if there was a group of Black staff at Pima County Public Library (of which there were already very few) whose goal was not only to provide dedicated outreach to the library’s external and internal communities, but also to try to build up the presence of Black library staff — both by helping to increase the numbers and by offering mentorship, guidance and community to a core group of people willing to do the work.

After a few informal conversations with other potential members of this group, there was a long planning session to establish the formal mission and goals of the group, and develop the reasoning for the team’s existence. We thought heavily about what we would be interested in and what we would be willing and able to do as staff members who all had dedicated work outside of this team. With thoughts of family and community, as well as a nod to the great Octavia E. Butler, Kindred was born.

Since then, members have come and gone, but the core mission has remained the same: to reach, support and celebrate the Black community.

And we’ve worked hard to do that in ways Pima County Public Library hadn’t before.

From the start, the primary goals were external. Events were coordinated at library branches across Pima County, but we also tried to go out into the community. We partnered with the Dunbar Pavilion, an African American Culture and Arts Center in the historic Dunbar neighborhood, to host library programming led by experts and cognoscenti in Tucson’s Black history and present. The Historic Dunbar Neighborhood — along with the area around Quincie Douglas Library — is one of the few neighborhoods where Black residents of Tucson were not only encouraged, but allowed to live in the earliest days, and where many continue to reside. We’ve gone to schools for the annual TUSD Black History Month Read-In, and worked to not only reveal local Black stories to Pima County residents, but to provide programs about personal health, starting a business, and doing research on the local Black community.

Once the group got settled, the first effort to stretch our legs came in the form of One Book, One Community. Instead of using the book from which our name was inspired, we went with another title by Octavia E. Butler: “The Parable of the Sower,” an ever-important book about an increasingly closer and more possible future and the young Black woman who survives her way through it. We held some amazing conversations in person and via Twitter — having no idea that the project that would come out of it would be pushed online, never to return.

When the pandemic lockdown hit in March 2020, Kindred had been planning a new endeavor. A quarterly book club was born out of questions at those OBOC conversations in which so many people wanted to be able to come back to the table (as it were) and discuss books by Black authors about all kinds of topics. Our plan had been to share out several titles on a theme, much like the Rainbow Reads Book Club does on odd months. But when we realized nobody would be talking about books face-to-face for an unknown amount of time, we pivoted that first meeting to Facebook. Since Kindred has a dedicated Facebook page, we utilized that space to gather some people’s favorite books on our first theme: Black women. By the next quarter, we were able to host Zoom meetings and invite members of the public, so we held our first Read Black Pride event, in which we shared books by Black members of the LGBTQ+ community. In September, we had the same kind of discussion about Afrolatine books, and our December meeting would have been about new books released that year, but alas, circumstances.

What we heard from everyone who attended was that they wanted more. They wanted to talk about a specific book and dig into the nitty gritty, and I was happy to make it so. So in 2021, we established Read Black as a monthly book club, still taking a break in June for Read Black Pride and in December for our overview of new books we loved. We’ve discussed hard nonfiction and fluffy romance novels, cozy mysteries and contemporary fantasy. Some books were a bit of a bust, and others led to unforgettable conversations. Some attendees are homebound, while others are only in town part of the year. Some are retired, and others are in high school. Everyone comes away from each discussion with something to think about. And even as we begin to have more in-person programming, I hope we’ll be able to figure out how to offer those same kinds of conversations to people who can’t make it into the building once a month.

As we look forward to the next five years, I hope we’ll be able to continue to have those life-changing book events we’ve had, whether it was hosting book discussions or sponsoring a discussion with a local scholar at the Tucson Festival of Books. We’ll keep working on internal goals, including mentoring new Black staff and providing resources to veteran staff. But I hope we also continue to get to do projects like our most recent, Our Story: A Communities of Color Curation Project. We’ll be able to offer underrepresented communities in Pima County equipment and education to help them preserve the stories and memories that families and communities lose as we lose our elders.

And no matter what, we’ll be there to reach, support and celebrate each other and the community. Kindred style.

Jessica Pryde has worked at Pima County Public Library since 2015. She is the Adult Fiction Selector in the Collection Development Office. Her book, “Black Love Matters,” was released in February. She is a contributor to Book Riot and co-hosts the podcast When in Romance.

Police investigate body discovered in a container in north Phoenix