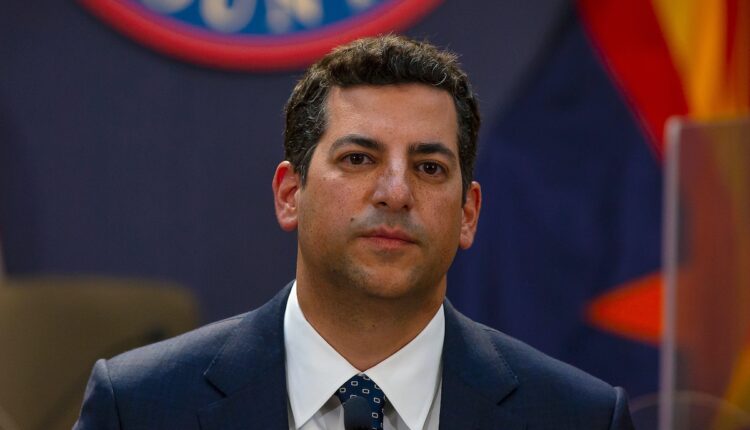 An official recently elected to the Maricopa County Board of Supervisors, where he holds sway over an ongoing water dispute, which was also a lobbyist for a Saudi company looking to protect its extraction of precious groundwater. Thomas Galvin, elected in the midterms to the post he was first appointed to in 2021, lobbied on behalf of the Saudi-owned farming company, which is using Arizona’s most depleted natural resource for foreign exports.

State lobbying disclosures show that Galvin is a partner at Rose Law Group, which lobbied on behalf of a subsidiary of the Saudi corporation Almarai currently tapping US groundwater in drought-stricken Arizona and California to grow alfalfa. The animal feed, which is grown in harsh desert environments, is shipped overseas to support livestock on Saudi dairy farms. In 2014, Almarai bought almost 10,000 acres of farmland in Vicksburg, Arizona, through its wholly owned subsidiary Fondomonte, spending nearly $50 million on the purchase. The near-nonexistent water regulations in La Paz County, where Vicksburg is located, mean that Fondomonte can pump vast amounts of water out of Arizona’s water table, which has declined by over 50 feet in the past two decades.

Before joining the board of supervisors, Galvin appeared at the Arizona state legislature to lobby against HB 2520, a bill instructing the Arizona Department of Water Resources to monitor the wells and water levels in the Upper Colorado River water planning area. At the hearing, Galvin told Land, Agriculture and Rural Affairs Committee members, “I am not sure that this bill is right for this time right now. … I’m afraid that, if this bill passes, what we’ll be doing is singling out farms and large agricultural users. You might actually be forcing farms to release proprietary data.” The bill ultimately failed, but not before Galvin called residents concerned about foreign capital draining their aquifers racist.

“My law practice consists nearly entirely of practicing land use law, and I am also a registered lobbyist with the state along with several other attorneys at Rose Law Group.” Galvin wrote in an email to The Intercept. “Lobbying is not a major aspect of my legal career and takes up little of my time in comparison to my core practice area. Rose Law Group is a registered lobbyist for Fondomonte Arizona with the state of Arizona. I am one of several attorneys at Rose Law Group that are covered under that registration.”

In response to his role on behalf of Fondomonte and its intersection with the board of supervisors, Galvin wrote, “Their farming operation is located outside of the County I represent – ​​in fact it is more than 100 miles from my district. In addition, counties in Arizona have limited powers related to water policy and are not even a water provider. Maricopa County does not lease state land and does not have control over water charges or policies enacted by state agencies. I will continue to recuse myself in any case where a client of my law firm has business before Maricopa County.”

Water has become so scarce in Arizona and neighboring states that plans have been floated to pump water from the Mississippi River across the country to supply drought-stricken residents. Fondomonte in particular has become a flashpoint in statewide water politics, with the Democratic candidate for attorney general, Kris Mayes, calling for an investigation and possible sanction on the Saudi company’s water use.

Large-scale farming of hay and alfalfa located on the border of Arizona and Nevada, on March 10, 2021 in Needles. The desert valley has been farmed for hay and alfalfa using groundwater pulled from the Colorado River, with much of the hay exported to feed animals in countries such as Saudi Arabia.

Four years after Galvin’s testimony, the Maricopa County Board of Supervisors finds itself adjudicating an increasingly tense situation that pits residents, politicians, and transporters against each other over who has a right to water and how each interest group should pay for access. In December 2021, Galvin was appointed to the board of supervisors by the sitting board in an unanimous vote. In January of this year, Galvin found himself in the middle of the standoff, with politicians and residents on all sides of the water divide demanding action on a water redistricting plan that would affect the price paid by hundreds of Maricopa residents, some of whom rely on water hauled for miles and distributed into tanks below their drought-stricken homes.

After the federal Bureau of Reclamation declared a water shortage from the Colorado River last year, Scottsdale — where many Rio Verde Foothills residents draw their water from — declared that their own water supply would be off limits to the tenders who deliver water to individual resident tanks in Rio Verde. In light of the looming shut-off, citizens of Rio Verde attempted to garner Galvin’s support to designate a new water district that would allow pumping from Harquahala Valley.

While Galvin was fast to support unlimited pumping by Fondomonte before he was appointed to the board, Rio Verde residents found a less sympathetic ear once he was on it. Neither the residents who support the new water district nor the water haulers who oppose it were able to get Galvin to make a determination in the process for weeks.

As the January 1 water shut-off for Rio Verde residents rapidly approaches, Galvin and the rest of the Maricopa supervisors have failed to secure a resolution to the water crisis, in part due to the complex and overlapping matrix of regulatory authorities that govern Arizona’s water use. In August, Maricopa supervisors unanimously voted down a proposal to create a new water district. Galvin endorsed the idea of ​​a privately held water utility, like the Canadian-owned Epcor, supplying the water, but some residents are opposed to the construction burden and the multiyear timeline that the plan would necessitate. In 2021, Rose Law helped facilitate Epcor’s purchase of Johnson Utilities on behalf of land owners and home builders in and around the San Tan Valley south of Phoenix.

Of the dozens of companies represented by Rose Law Group, many fall under the category of water-reliant industries including horse breeding, real estate development, mining, and fossil fuels. The firm also lists conservative political clients including Romney for President, Senator Marco Rubio for President of the United States, and Build America’s Fence.

Galvin’s election to the board follows increased scrutiny of Saudi Arabia’s influence on American politics and a shifting consensus on a gulf state that was once one of America’s closest guarded energy allies. A month before the midterm elections, Saudi Arabia announced a massive cut in oil production that both politicians and policy experts described as a political attack on President Joe Biden’s agenda and Democrats’ electoral odds. After the Biden administration signaled its support for Saudi leader Mohammad bin Salman receiving sovereign immunity in a lawsuit targeting the slaying of journalist Jamal Khashoggi, reports emerged that Saudi Arabia is considering increasing its oil production in the coming winter months.