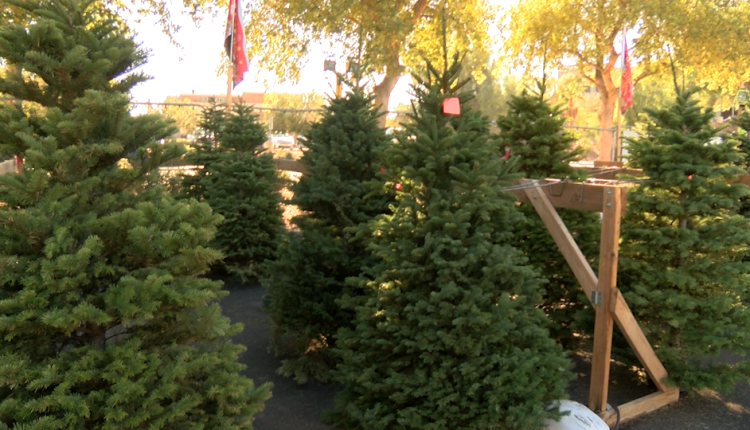 YUMA, Ariz. (KYMA, KECY) – If your family is heading out on the hunt for a Christmas tree, get ready for sticker shock.

Inflation this year may push prices up for live trees causing some locals to skip the real thing.

Locals tell me they’re trying to decide between an artificial tree and real Christmas tree this season.

When it comes to live Christmas trees, locals are seeing higher prices.

Causing some to switch to artificial trees.
“I did get a fake one this year because it lasts for two, three plus years, it’s more efficient and whenever we’re done with it we can give it to someone else who needs it,” said Yuma local, Amy Chavez.

Yuma resident, Robert Merton has been selling Christmas trees for 11 years now and says this year is not as busy as normal.
“It’s a little slow, the economy stuff. People are having a tough time and a lot of my competitors that I talk to are having the same problem,” Signature Christmas Trees owner, Robert Merton.

While this year, the real Christmas tree board says it’s expected to climb to nearly one-hundred.
“We’ve had the same customers in here again this year a few of them have got a smaller tree when they usually would have taken a larger tree, but we are down a little bit,” said Merton.

Merton says his Christmas tree lot at Yuma Palms Mall has trees starting at 70 dollars, going up from there.

He says this is due to inflation.
“Fuel doubled and tripled in price, of course freight doubles and triples in price and that adds to the consumers price, so it makes it tough for everybody especially family people,” said Merton.

The Christmas tree retailer says he hopes Yumans will still head out and buy more trees throughout the month.

Adding that they will be getting another shipment of trees this week so if you haven’t picked out a tree yet, it’s not too late.