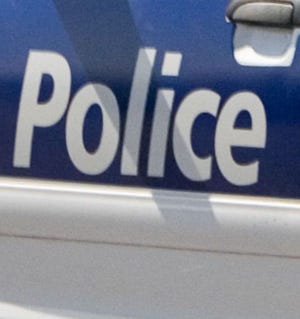 At least one person was detained after Betty H. Fairfax High School in Laveen Village was placed on lockdown after reports that someone brought a firearm to the school on Tuesday afternoon.

Sgt. Melissa Soliz, a spokesperson for the Phoenix Police Department, confirmed the school was on lockdown as of 3 pm and said officers received secondhand information that someone brought a gun onto the school’s campus.

“Officers are on scene searching the area while trying to verify information received,” Soliz said. “One person has been detained and no weapon found.”

Richard Franco, a spokesperson for the Phoenix Union High School District, said police were investigating a suspicious backpack and were in the process of evacuating the school.

Shortly after 4 pm, Franco announced to families that the lockdown had been lifted and all students were safe.

“We will follow a structured release plan and exit through the front of school,” Franco said. “This is where student pickup will take place. Thank you for your patience and continued trust.”

The lockdown occurred less than a week after Central High School went into lockdown after students heard “popping noises” during a fight. Phoenix police conducted an extensive search during the lockdown but never recovered a firearm.

The lockdown comes as schools across the Valley saw an increase in threats, including students bringing loaded guns onto school grounds and creating graffiti threatening a future school shooting.