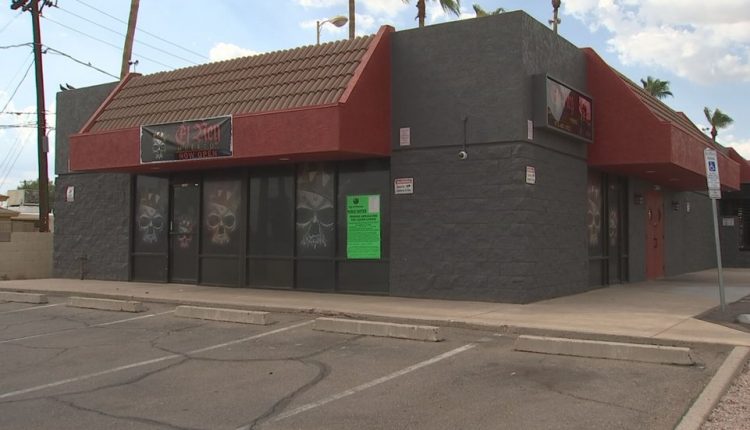 PHOENIX (3TV/CBS 5) — A Phoenix neighborhood says loud music is keeping them up at night. Neighbors say El Rey Muerto bar on 35th and Northern avenues reopened over the weekend under new ownership. Saturday night, they say the music was unbearable, literally shaking their homes.

“That’s it right there, that’s the bar. So this is my house, my yard and this is them right there,” Christina Neely said as she pointed out the business. She has lived in the neighborhood for the past eight years. Since then, she says there has been a business directly behind her home.

“It was called The Hideaway, then it was The Last Stop, and then it’s been closed for a while now, at least a year. Now I’m hearing from my neighbors that it’s a dance club,” Neely said. She feels Saturday night was the first time the music was too loud.

“The problem that we had is that they were blasting music until 2 o’clock in the morning and the bass was so loud that we could hear it in our entire house,” she said.

We knocked on the door of the business, but no one answered. We also called the number listed for the business and found the owners are from El Paso, Texas. We spoke to them on the phone and they say they wish neighbors would have come to them directly. Still, they’re hoping to work with them to address the issue.

“It makes me a little bit nervous to go into a bar and be like ‘hey can you guys turn the music down?’ So I didn’t really know what to do. Do I call the city, do I call them?” said Neely.

The City of Phoenix has zoning ordinances that may be used to address this type of complaint, based on the associated zoning district and the permitted uses. No complaints have been submitted to the Neighborhood Services Department at this address. “They have to realize we’re a neighborhood. Like this is houses right behind you,” she said.

If residents wish to file a complaint they can do so through the myPHX311 app, by calling Neighborhood Services at 602-534-4444 or by emailing [email protected]