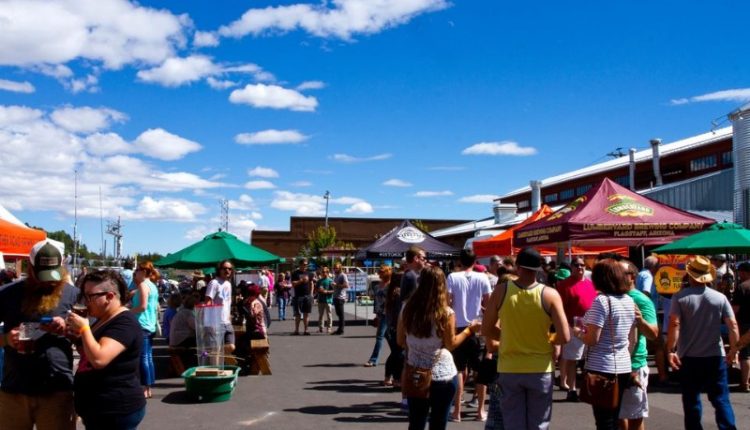 Start Oktoberfest season off while raising money for High Country Humane Society. Every year Lumberyard Brewing Company donates 100% of the proceeds to a dog-related charity. That means every dollar you spend at Okto’Beer’Fest goes straight to High Country Humane. They have raised over $100,000. This money goes a long way to helping the homeless animals of Northern Arizona.

Attendees will get to sample beers or get a pint or stein filled with their favorite beer to enjoy the experience.

As with any Oktoberfest event, it’s not only about the beer. Okto’Beer’Fest includes a brat eating contest and a stein-holding competition to celebrate the Oktoberfest culture. Besides contests, there will also be corn hole, giant Jenga, giant foosball, and life-size beer pong available for attendees to play.

This event is located by Beaver Street Brewery and Lumberyard Brewing Company.