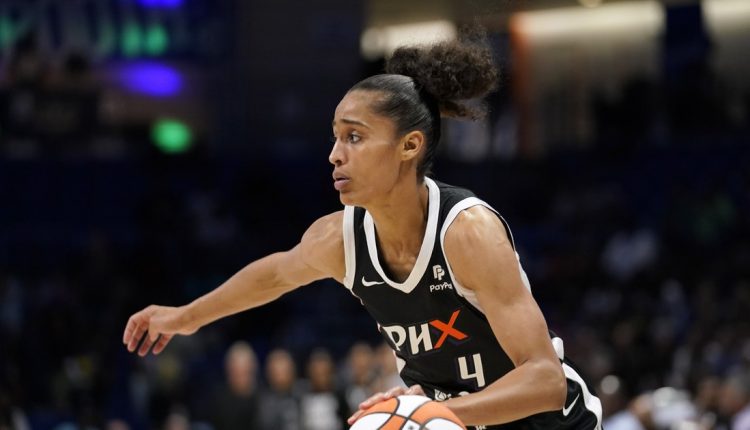 Lynx update: After ending a season-high, five-game losing streak with an 84-71 victory over the Mercury on Tuesday in Phoenix, the Lynx (4-13) are looking for their first two-game winning streak of the season. The Lynx have won 16 of the past 19 games with the Mercury. … Damiris Dantas scored eight points Tuesday to surpass 1,000 points with the Lynx and 1,500 points in her WNBA career. …Jessica Shepard, who had 13 rebounds Tuesday, is averaging 8.8 rebounds (sixth in the league). …C Sylvia Fowles (right knee) is questionable.

Phoenix update: The Mercury (6-11), who have lost 10 consecutive games to the Lynx in Phoenix, won the only meeting between the teams at Target Center last season, 77-75. …G Skylar Diggins-Smith, who scored 25 points Tuesday, is fifth in the league in scoring (18.7 points per game). … C Tina Charles grabbed seven rebounds Tuesday to go over 3,500 in her career. Charles, in her 12th season, is the only player in WNBA history with at least 6,850 points and 3,500 rebounds. … G Sophie Cunningham (elbow ligament sprain) hasn’t played since June 6.