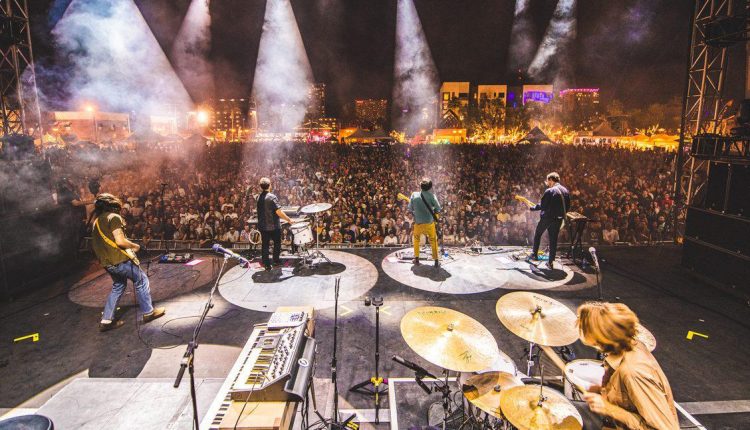 The last two years have devastated people’s lives. Covid has been disruptive in ways few of us have ever seen: lost jobs, severed connections and disrupted the way we socialize. Now, as a result of science and vaccines, the promise is that the danger is diminishing. As a result, live events are returning and music festivals are resuming with full fields.

Most music festivals run on the same principle: sell tickets and use the money to pay for the acts and infrastructure. Make money selling alcohol, food, merchandise, sponsorships and sometimes selling special “VIP” access at a hefty premium.

When the event ends and the accounts are settled, a profit is to be made to make the whole venture worthwhile. Usually the money is split between the promoter who owns the festival and the sponsors who funded the business.

John Largay had another idea. What if a music festival could be used to improve the city he lives in? What good can be done by taking festival profits and donating them to local charities? Eventually the money came from most of the locals who bought the tickets and spent money there.

This is a rarely seen example of a local businessman realizing that his success is a product of the people around him, and those people live in large part where he lives.

After missing the past two years, the M3F festival returns to Phoenix for two nights this year on March 4th and 5th. The lineup looks fun.

So how does this work? Unlike most festivals, this is a party John Largay throws for his town. Largay owns WesPac, a general contractor with approximately $100 million in annual sales and a team of 100 people. He started looking for a project his team could do together to give back to the region. What they started became M3F. To this day, Largay’s festival team consists primarily of WesPac volunteers who work to put together the infrastructure for the event. The booked artists will be arranged by Largay’s 32-year-old son.

Since Largay’s business is building, he has all the knowledge, equipment, and resources to build a festival village in a city park. And its friends, partners and suppliers are also from related fields, so there are few complications or costs in erecting the tents, setting up the stages and supplying the materials needed to create a fully articulated festival. And when you think about it, there are a lot of details to sort out: electricity, water, sewage, cooling, fencing, and all the permits that each requires. Who better to handle this mix of essentials than a contractor with a team used to handling these issues at scale?

However, at the end of the event, everyone is waiting to see what the amount of money is minus the expenses, not because they want to get their share, but because they want to see the money pour into the Phoenix area to meet the need. It’s a real demonstration of how art can help build community while reducing pressure points. The folks who attend the festival know this, so they’re far more willing to spend money outside the gates, knowing the profits go where they can best help those less fortunate. M3F is the product of what vision and ability can produce to build community and strengthen the social safety net. The 2019 M3F Festival raised over $500,000. Largay’s goal for 2022 is to be able to give at least $1 million to over forty charities.

M3F missed two years because of the pandemic. Below is a video from their 2019 event:

My conversation with John Largay is below in both video and audio podcast format:

I think Largay’s idea is both simple and visionary. He, his employees and their partners in the region join forces to do something that is good for the community and is fun for them. What a powerful combination. Tickets are still available. Buy something and see how it feels to be in an environment where everyone shares a common bond of humility and decency.