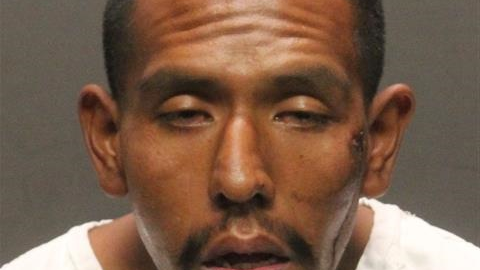 Tucson police arrested a man this weekend on suspicion of arson in the July 19 fire that significantly damaged Salpointe Catholic High School.

Arson investigators from the Tucson Police Department and the Tucson Fire Department, with evidence collected at the scene, identified 26-year-old Forrest Harris as a suspect in the arson, police said in a news release Sunday.

Harris was found Saturday near North Country Club Road and East Grant Road, and after investigators interviewed him, he was booked into the Pima County jail on suspicion of arson of an occupied structure, third-degree burglary and criminal damage, police said.

The fire, reported at about 9 pm July 19, caused what police have described as significant damage to the southeastern building of the school at 1545 E. Copper St. No injuries were reported.

Authorities had not disclosed prior to the arrest that they determined Arson to be the fire’s cause.

The blaze started in the attic space above an English classroom and spread throughout the wing of the building, according to a school officials. Smoke and water damage were also present throughout two other wings.

There is no official damage estimate, but a fire official initially said the repair costs could be expected to run into the millions, based on the building size and amount of work that would be needed for full repairs.

The campus reopened a couple of days after the fire and Salpointe’s 1,250 students will start the new school year on Aug. 8 as scheduled, school officials have said.

The Casa Grande Dispatch reported in March 2021 that Harris, then of Sells, was accused of trying to prevent customers from using the drive-thru lane at a fast-food restaurant in Casa Grande and then fighting with police.

Harris was then charged with two counts of aggravated assault on a law enforcement officer and one count each of resisting arrest, possession of drug paraphernalia and disorderly conduct, the dispatch reported, citing Pinal County Superior Court records.