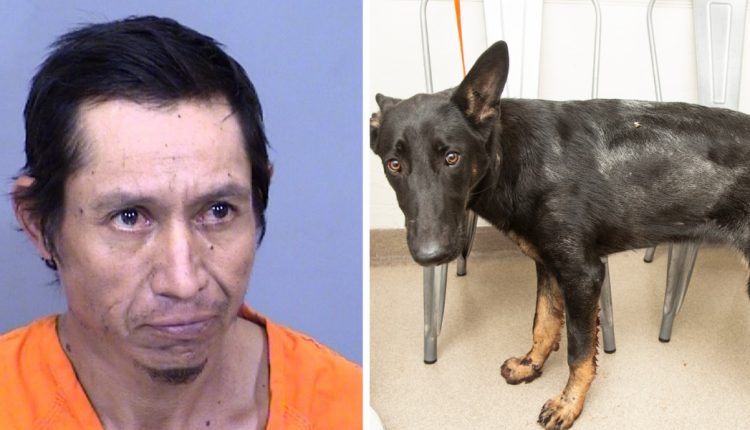 PHOENIX (3TV/CBS 5) — A man is accused of dragging a German shepherd pup leashed to the back of his truck in south Phoenix over the weekend. Court documents say on Saturday, just before noon, witnesses saw 43-year-old Jose Luis Popoca dragging the 1-year-old German shepherd while driving near Central Avenue and Broadway Road. Witnesses tried to tell Popoca twice that the dog was being dragged, but he sped off both times, investigators said. Finally, Popoca reportedly stopped and parked at a home near Central Avenue and Tamarisk Street before walking away, leaving the dog behind.

Court paperwork said when officers arrived, Popoca walked back to his truck and started to take off the dog’s leash attached to the truck’s bed. He was taken into custody. Investigators said Popoca told officers he had “no idea there was a dog in the truck” and claimed he didn’t see anything. He reportedly said he wasn’t told a dog was in his truck. Popoca was booked on one count of animal cruelty.

The pup was taken to the Arizona Humane Society and is currently undergoing treatment. Humane society officials say the dog has multiple wounds throughout her body and has already gone through several surgeries to remove dead tissue. The dog has several cuts, especially on her paws and legs. She was also underweight.