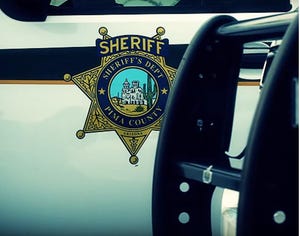 A man has been arrested in connection with an ongoing homicide investigation in Tucson.

The Pima County Sheriff’s Department announced in a statement Friday afternoon that they had arrested 51-year-old Johnny Rogers in the murder of 42-year-old Travis Fletcher.

According to the statement, deputies responded to reports of an altercation in the area of ​​the 8400 block of South Fuller Road on Oct. 13 just after midnight.

Deputies were able to locate the victim, Fletcher, upon arrival and found him in critical condition. Fletcher was later pronounced dead at the scene, according to the Sheriff’s Department statement.

Detectives then responded to the scene and took over the investigation.

Rogers was booked into Pima County Jail on a second-degree murder charge.