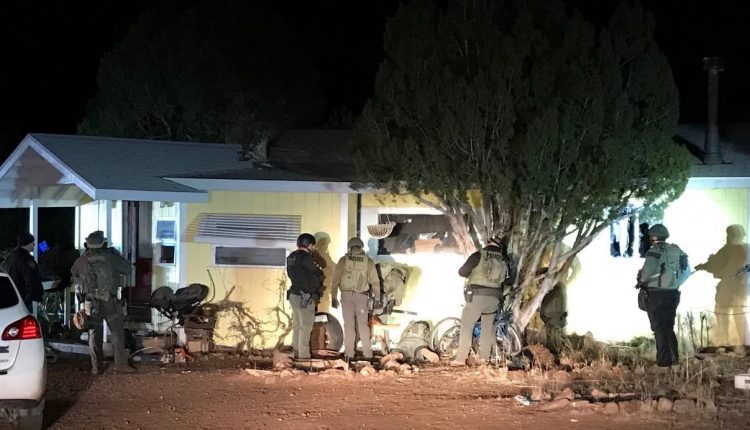 SNOWFLAKE, Ariz. — After a six-hour standoff, law enforcement in Apache and Navajo County arrested a man wanted on multiple warrants.

On January 5, Jeffery Clyde Perkins, 28, of Snowflake, Arizona, was arrested at a Snowflake apartment building.

Between January 3 and 4, law enforcement attempted to locate Perkins, and a search warrant was served at the Mountain View Road apartment, relating to the original domestic violence call.

While the deputies were conducting the search, information was received that Perkins was hiding at a residence in Snowflake.

Upon arrival, the deputies tried to get Perkins to leave the residence and surrender, which he refused and barricaded himself inside with a gun.

After a six-hour hiatus, Perkins was taken into custody without further incident.

Perkins was committed to the Navajo County Jail on four outstanding warrants in Navajo County and one warrant from Apache County, with additional charges pending from the original domestic violence investigation.

Navajo County Sheriff David Clouse thanks SRT members for a safe and successful resolution of this perilous situation.