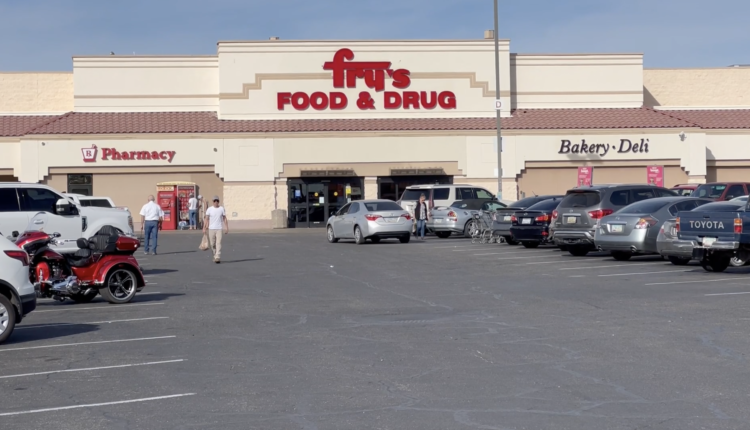 YUMA, Ariz. (KYMA, KECY) – This morning, a man attempted to rob a Fry’s Food Store on 24th Street and a Dollar Tree store on Catalina Drive.

The Yuma Police Department (YPD) said they responded to an attempted robbery around 11:29 am at the Fry’s Food Store.

YPD says a man entered the store and tried to rob it but was not able to get money.

Around 11:46 am, officers also responded to another attempted robbery at the Dollar Tree and arrested the man nearby the store.

YPD says they believe he committed both attempted robberies, no weapon was seen and no one was injured.

The YPD says if your information leads to an arrest, you can receive up to a $1,000 cash reward.