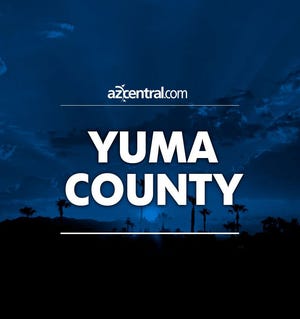 A 63-year-old Yuma man was charged in the recent killing of his younger brother and his sister-in-law at the home the three shared.

Jerry Klahn is charged with first-degree murder in the deaths of Kenneth Baese, 60, and Eileen Baese, 57, according to Yuma police.

Officers on scene were responding around 5:13 pm to a domestic disturbance call made by a relative in another state, according to Yuma Police Department spokeswoman Sgt. Lori Franklin.

Klahn and Kenneth Bease were brothers, and the victims were married, Franklin said. It was not known whether Klahn’s stab wounds were self-inflicted or defensive, Franklin said.

Klahn was taken to Yuma Regional Medical Center before being flown to St. Joseph’s Hospital and Medical Center in Phoenix for treatment, according to the police department and court documents.

Klahn was arrested at the hospital and booked Monday at the Maricopa County Jail, according to Franklin and court documents. Jail records as of Tuesday afternoon did not show he remained in custody, but records from Yuma County Superior Court show he was released on a $2 million bond.

Klahn was not under the influence of alcohol or drugs during the suspected offense, according to court records.