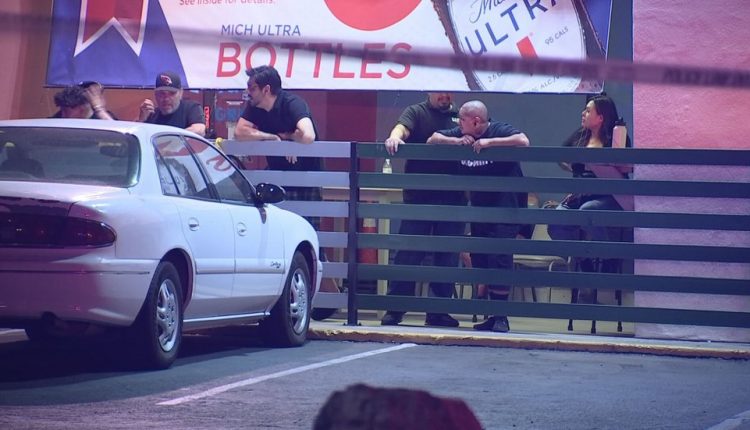 PHOENIX (3TV/CBS 5) – A man is dead after an overnight shooting at a west Phoenix bar.

Phoenix police say they got a call reporting a shooting at the Purple Turtle Bar and Grill in west Phoenix near 51st Ave. and Indian School Road. When they arrived on the scene, they found a man identified to be Angel Carillo, 22, who had been shot. He was taken to the hospital where he later died.

Officers say that one suspect is reportedly involved is being detained, but that no arrests have been made yet. No one else was hurt during the incident, and no further details are available about what led up to the incident.

Arizona’s Family will be following this story.