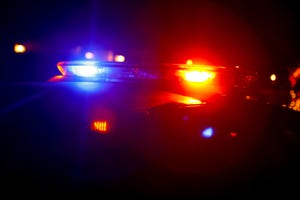 A man is dead after he was found laying on a road with a gunshot wound near Black Canyon Access and Hazelwood Street Thursday night.

Officers responded to a “shooting call” around 6:30 pm where they found the man with a gunshot wound.

The unidentified man was transported to a hospital and was later pronounced dead.

According to Phoenix police, detectives are looking for witnesses and evidence of what led up to the shooting.

An investigation is ongoing. Anyone with information is asked to call the Phoenix Police Department or Silent Witness at 480-WITNESS or 480-TESTIGO for Spanish.

Bison Pastrami, Anyone? Preschool Assistant Makes Sure Kids Get to Know Indigenous Foods