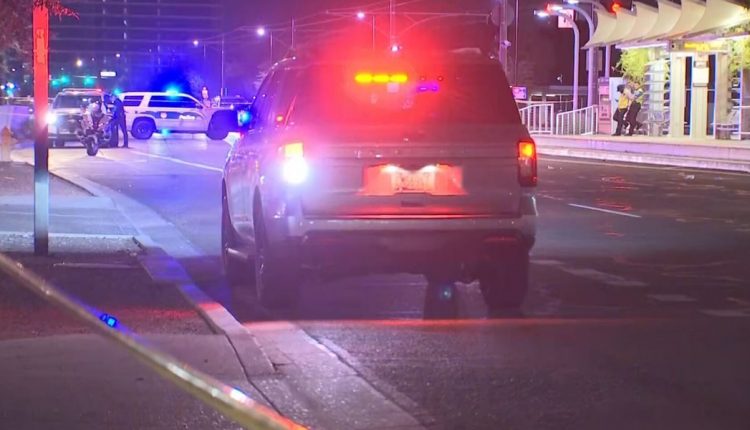 Man dies after being hit by suspected impaired driver in Phoenix

PHOENIX (3TV/CBS 5) — A man is dead after he was hit by a minivan Monday night in Phoenix.

Around 9:30 pm, officers responded to the report of a pedestrian hit at 7th Avenue and Camelback Road and arrived to find a man who was seriously hurt. He was taken to an area hospital and pronounced dead.

Investigators say the man was about mid-block when he was hit by the minivan that was heading westbound. Officers suspect the man driving was impaired, but it’s unclear if anyone has been arrested.

Traffic was impacted during the investigation but the intersection has since completely reopened. Police have not yet released the names of those involved. Check back for updates.