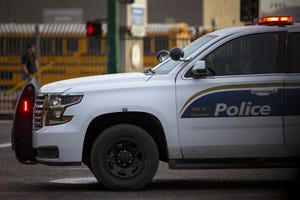 A man was killed on Wednesday afternoon in midtown Phoenix after being struck by another vehicle.

Sgt. Brian Bower, a Phoenix Police Department spokesperson, said the man was driving a motorcycle near Seventh Street and Indian School Road when a woman driving another vehicle struck him.

Bower said the man was pronounced dead at the scene and the woman showed no signs of intoxication. Additional details were not immediately available.

The crash caused major traffic restrictions in the area on Wednesday afternoon.