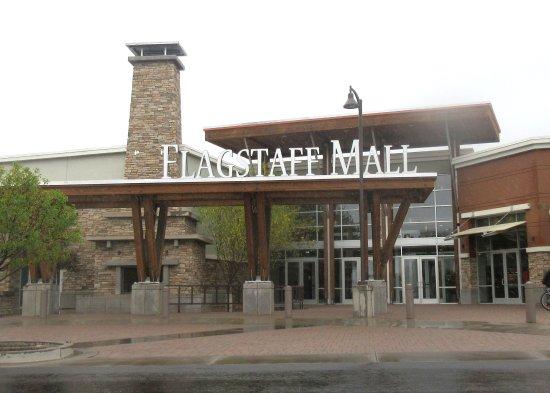 Flagstaff Mall was closed for several hours today after a man suspected of theft and break-in drove a truck through the main entrance and tried to break into a store. The Flagstaff Police Department reports that the man drove a stolen FedEx van into the driveway around 10 a.m. Monday, causing several thousand dollars in damage. ABC15 reports that after the crash he allegedly tried to break into Dillards and then walked down a service corridor. He was finally arrested without incident. No injuries were reported. According to law enforcement agencies, the man allegedly committed numerous other crimes in the mall area, including theft and attempted break-ins into residential buildings. A separate break-in at the mall this weekend doesn’t seem to be related, according to police.