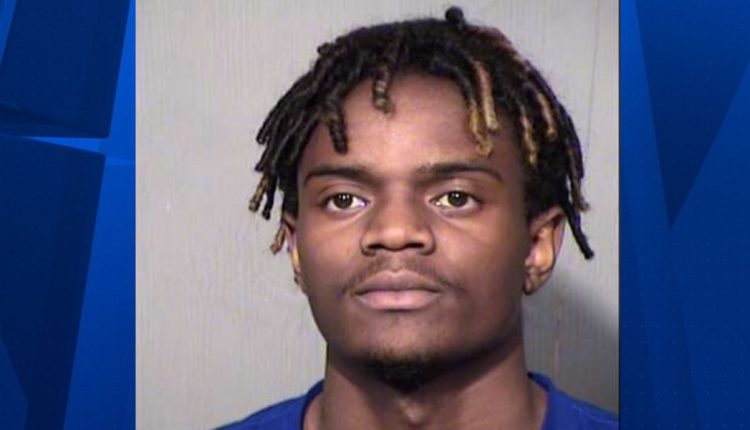 Man gets life sentences for multiple murders, robberies in Phoenix

PHOENIX (3TV/CBS 5) — A 25-year-old man is set to spend decades behind bars after being sentenced for multiple Phoenix murders and armed robberies.

Last month, Julian Anthony Perry pleaded guilty to nine felonies, which included four counts of first-degree murder and three counts of armed robbery with a deadly weapon. The Maricopa County Attorney’s Office says the charges stemmed from three separate murder investigations in 2017 and 2018 in central Phoenix and the West Valley.

In March of 2018, Perry, then 20-year-old, and two other men were arrested in connection with the murder of 20-year-old Gerardo Perez near 83rd Avenue and Thomas Road in west Phoenix. Police said at the time that Perry, along with Paul Daquan Grant and David Reyes, both 18-years-old, lured Perez to a meeting under the guise of a drug deal. Instead of a deal, police say Perry and Grant robbed and shot Perez while Reyes acted as a lookout.

Perry and Grant were soon linked to a similar homicide case that happened in the same area about two months prior in January of 2018. Investigators said Marcel Cowans and Frederick Eriven, both 23-years-old, also thought they were meeting for a drug deal when they were robbed and killed. Details were not available on the fourth murder charge which was filed in 2019 and has been linked to a 2017 investigation.

As part of the guilty plea, the state withdrew its intent to seek the death penalty and on Thursday, Oct. 20, a judge sentenced Perry to four life sentences. Three murder counts are to be served consecutively, meaning Perry won’t be eligible for release until he’s spent 75 years in prison. The Maricopa County Attorney’s Office says both cases against Grant and Reyes are still open.

How Private Equity Is Investing in Health Care: A Video Primer