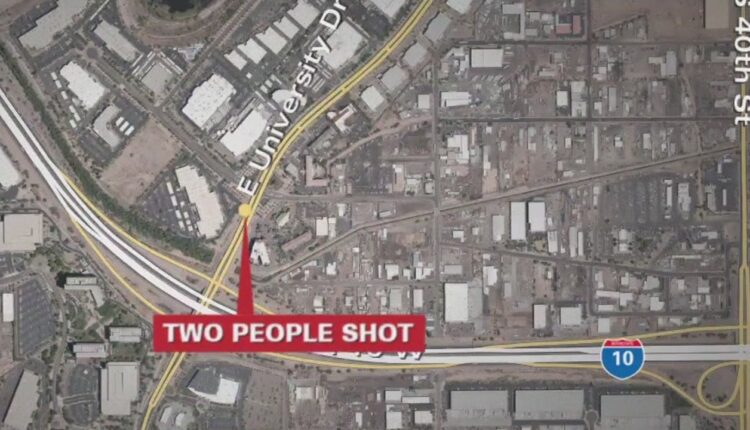 Man killed, another injured after being shot in Phoenix while driving on I-10

Man killed, another injured after being shot in Phoenix while driving on I-10

PHOENIX – A man was killed and another was badly hurt after being shot while driving on I-10 in Phoenixthe police department said on New Year’s Day.

Officers responded to reports of a shooting around 2:30 am near I-10 and University Drive. When they got there, they found two men who had been shot.

“It was learned that both victims were driving along I-10 eastbound when their car was shot at. The driver pulled off the freeway and parked in the parking lot,” police said.

They were taken to the hospital where one of the men died. He hasn’t been identified.

There’s no information about what led up to the shooting.

No suspect information was detailed.