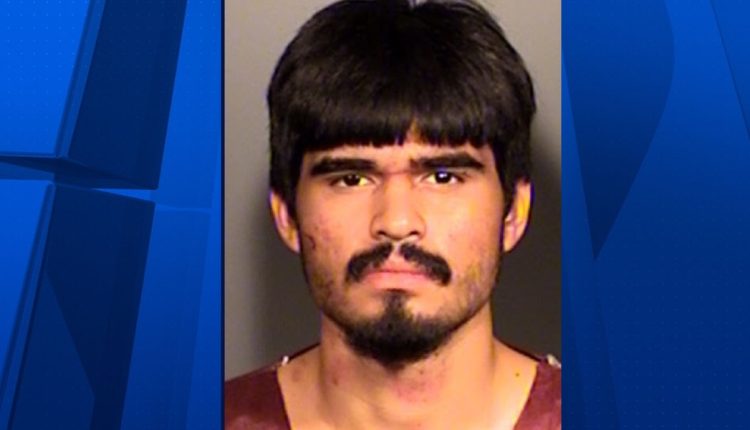 PHOENIX (3TV/CBS 5) — Police say a man linked to several Chandler burglaries is facing charges after leading Phoenix officers on a brief chase Thursday afternoon. Just after 2 p.m., officers attempted to pull over 18-year-old Jose Miguel Puga, who was driving a reported stolen Hyundai near 5th Street and Southern Avenue in Phoenix. The car was stolen on Oct. 30 when police say Puga was caught on surveillance video pulling into a driveway just a few blocks where the car was stolen.

Court documents say Puga drove off into an alley, crashing into a fence and hitting a parked car. He then ran away from the crash, leaving a 17-year-old passenger inside the car. Puga was found shortly afterward and taken to the hospital. He was later released and then taken into custody.

Officers searched the car and found two guns, one of which was stolen. The 17-year-old passenger also had a gun inside his pocket. The underage teen was also arrested on felony charges.

Police later learned Puga was arrested several times as a kid and couldn’t own a gun. He was booked on two counts of theft, one count of unlawful flight from law enforcement, one count of third-degree burglary and one count of possession of a weapon by a prohibited possessor.