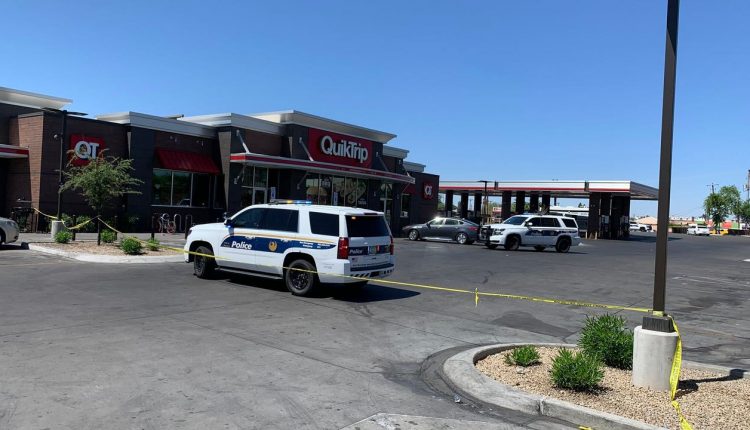 Man pulls out replica gun, killed by another man with a real gun, police say

Shooting at Phoenix QT: Man pulls out replica gun, killed by another man with a real gun, police say

PHOENIX – Phoenix police are investigating after a deadly shooting reportedly broke out at a QuikTrip gas station near Interstate 17 and Camelback on the morning of May 8.

Investigators say an argument between two men in the gas station’s parking lot escalated to a shooting around 5 am when the victim pointed “a replica handgun at another male. The male shoots the victim with a handgun.”

Sergio Cruz, 31, died in the shooting.

Phoenix Police Sgt. Philip Krynsky says Cruz confronted the suspect about a fight with a loved one. That’s when the replica and real guns were pulled out.

“Investigators responded to the scene to gather evidence, talk with witnesses and look for possible surveillance. The investigation remains active. No arrests have been made at this time,” Krynsky said.

No further information is available.