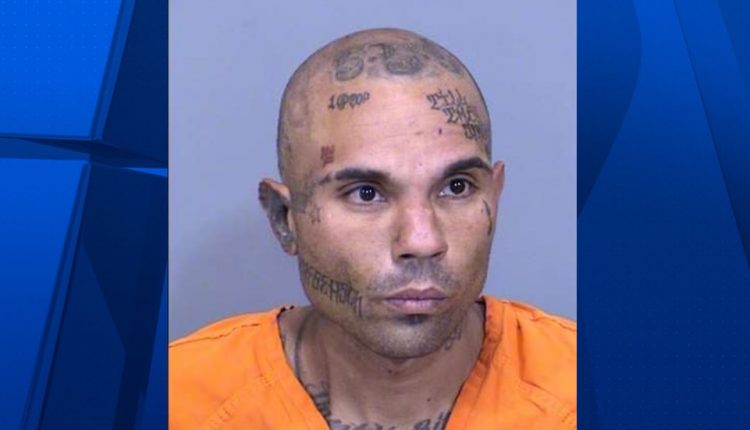 PHOENIX (3TV/CBS 5) – Police have identified the man who shot at police officers during an hours-long standoff in north Phoenix on Tuesday evening. Jose Samaniego Chacon Jr., 25, was arrested on 17 counts of aggravated assault against police, burglary, attempted armed robbery, and other charges.

According to Phoenix police, around 4 pm Tuesday officers responded to reports of a robbery near 32nd Street and Union Hills Drive. A suspect, later identified as Chacon Jr., tried to rob someone in their vehicle around 3 pm A responding police sergeant spotted Chacon Jr running from the area into a neighborhood and had officers set up a perimeter to start looking for him. While officers and a K9 police searched the neighborhood, police say Chacon Jr. started shooting from inside a home he had broken into. Police say nobody was home at the time.

Chacon Jr. fired multiple rounds at groups of officers but didn’t hit any of them. Officials say some officers were able to shoot back while they tried to move to safer locations. More officers arrived and police began trying to negotiate with Chacon Jr. Authorities say they wanted to avoid an armed confrontation, so officers used several less-lethal strategies to try to get Chacon Jr. to come out peacefully. After several hours, Chacon Jr. surrendered and was arrested. Chacon Jr. was taken to the hospital for minor injuries. According to police, an officer was injured by shrapnel during the shooting but didn’t need to go to the hospital.

This is the 32nd officer involved shooting in the Valley for 2022 and is the 39th for the state of Arizona.