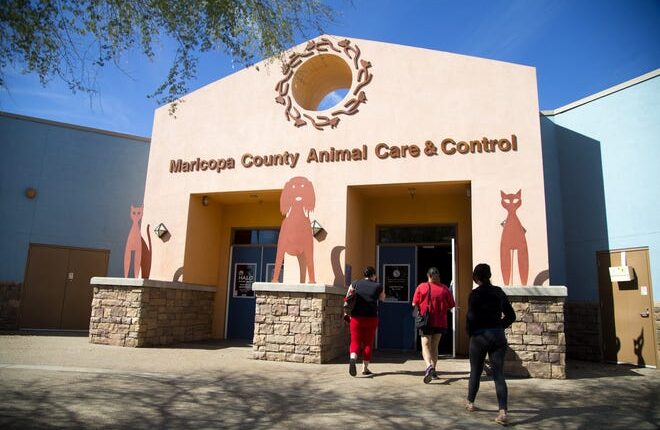 Maricopa County announced Monday that it is looking to replace Michael Mendel, director of Animal Care and Control, who left his job after employees complained that he bullied his staff and had emotional outbursts.

According to new documents released to The Arizona Republic via a public records request, three staff members told the county’s human resources division that Mendel screamed and gestured wildly at them during a routine daily meeting in early November. The outburst brought several employees to tears, employee complaints and notes on interviews with staff showed.

“The director has a reputation for being a bully, but this was my first time seeing it firsthand,” one employee said in one complaint. The names of Mendel’s accusers were redacted for privacy reasons. “His emotional outburst included him pacing back and forth, shaking his fists, getting into people’s faces and yelling.”

But in a text, Mendel said simply, “I have no comment, other than I did not resign.” He did not immediately clarify.

The news of Mendel’s departure comes less than a month after he was placed on administrative leave, amid allegations of incompetent management and bullying behavior. He has headed the county’s animal shelter system since March 2022.

Maricopa County will seek a new leader for the embattled department, officials said in a statement. It employs about 50 people and has about 700 animals in its care.

Until then, the animal shelters will be overseen by Bill Wiley, a longtime government administrator who’s previously served in a variety of temporary roles for the county.

Mendel’s meeting outburst came amid a distemper outbreak that started in October within the county’s East Shelter in Mesa, staff said in the report.

Distemper is a highly contagious viral disease that can cause coughing, decreased appetite and vomiting in dogs and can be fatal.

The outbreak, which infected 240 animals, brought backlash from the public and led to several animals being euthanized to stop the spread of illness. Mendel’s outburst began as a response to community criticism, employees reported in the documents.

“Someone said to Michael, ‘They must rake you over the coals,'” an employee told human resources in an interview. “Michael said, ‘Oh, I’ll tell him, bring it on, bring it,’ a couple times. Michael’s voice was raised, and he started yelling.”

At one point, Mendel yelled that the shelters were “his life’s work” and that “I will kill 50 dogs this week if I have to,” according to a human resources complaint.

“His behavior was not only unprofessional but scary and intimidating, and I do not feel comfortable around him due to his outbursts such as this,” an employee said in a complaint. “He seems unpredictable and unstable in his outbursts.”

Of the 15 employees interviewed by human resources officials, five directly said Mendel’s conduct made them and their colleagues uncomfortable. Several others said they didn’t interpret Mendel’s behavior as threatening, but that he was loud and is known to have a temper.

“No one apologized,” one employee told human resources. “I feel like someone who had an outburst like that should have apologized, and he never did.”

Mendel told human resources that he did not believe his behavior was unprofessional. He denied getting physically close to his employees during the meeting and saying he would “kill” animals.

“He said he was passionate because of all the hate mail and comments they all got on social media,” the report stated.

When Mendel was first hired, he entered a county shelter system long plagued by turnover and scandals. Mendel was the office’s third director in three years, not counting Beckett, who briefly served as an interim director in 2020.

His arrival came on the heels of a 2019 investigation from The Republic that detailed concerns about a toxic workplace within the department and bad conditions within the shelters. An earlier investigation found that veterinarians were botching surgeries on some shelter animals, leading to a years-long string of injuries and deaths.

Mendel was a longtime volunteer with the county’s animal shelters, and his hiring was heralded as a new page for the troubled organization. When he started his role, he said he would implement “a data-driven, evidence-based vision.”

“I cherish the opportunity to continue my passion serving the animals in MCACC’s care,” he said in a statement on his hiring.

Sasha Hupka covers Maricopa County, Pinal County and regional issues for The Arizona Republic. Do you have a tip about county government or county services? Reach out to [email protected] Follow her on Twitter: @SashaHupka.