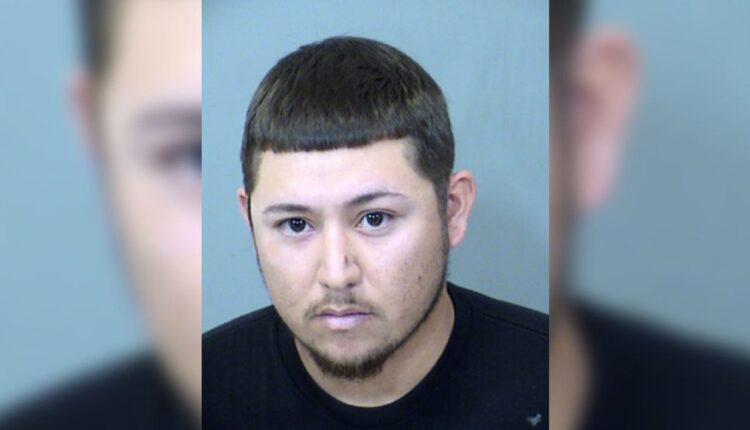 The detention officer was busted by his own agency, and he is accused of trying to smuggle drugs into the Lower Buckeye Jail. FOX 10’s Nicole Garcia reports.

Andres Salazar is the officer accused of several felony counts related to these accusations, Penzone said during a press conference on Jan. 11. The officer has been with the department since 2019, and he reportedly worked at the Lower Buckeye Jail.

Penzone says money was exchanged in the parking lot of the jail before attempting to bring it in. He adds this was likely the officer’s first time trying this.

Salazar reportedly tried to bring in about a hundred pills inside a package.

“This was an ongoing investigation. This detention officer was hired in October 2019. Recently worked with inmates and some folks on the outside and attempted to bring fentanyl and methamphetamine into the jail. We have strong reason to believe this was his first attempt,” the sheriff said.

The actions of Salazar put the lives of inmates, as well as his colleagues, in danger, Penzone said.

“This young man, whatever led him to make this decision, will now not only lose his career, but most likely the future that he has for himself is definitely going to be prevented in an adverse way,” Penzone said.

‘We have to take every step possible’

Penzone says he’s at a stage where he’s calling for the purchase of scanning machines for all jails to check for any incoming contraband in Maricopa County. Those machines could cost $165,985 each.

“If we truly want to be a drug-free safe jail system, we have to take every step possible and that means demanding that our employees become comfortable with the idea that we’d be checking them, too, as well as anyone else, “Penzone said.

As for the type of machine, he says he wants to get together with experts on the safest and most efficient.

For now, Penzone says there are machines that do check inmates for contraband, but that he’s considering upgrading all machines if that’s what it takes.

“We’re going to find the one that’s most effective and put it in all of our jails as soon as possible,” he said.

Contraband, drug use in jails, by the numbers

The press conference was prefaced by the number of drug-related health emergencies that happened in 2022 inside Maricopa County Jails.

There were 282 incident reports for narcotics in the jails, meaning seizures of some sort.

“150 inmate postcards were intercepted in the mailroom by staff. They tested positive for being soaked in fentanyl and/or methamphetamine,” Penzone said. “Since October 2022, 1,503 detention officers, sergeants and lieutenants were trained to deploy Narcan.”

The number of inmates’ lives that were saved from the use of Narcan wasn’t detailed, but Penzone says it’s “an extremely large number.”

There are five jails in Maricopa County.