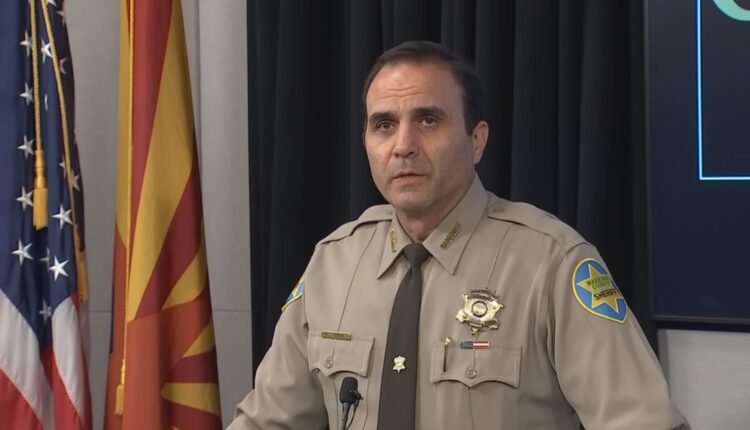 PHOENIX (3TV/CBS 5) — The Maricopa County Sheriff’s Office said in a press conference Wednesday that a detention officer was arrested for allegedly trying to smuggle in about 100 fentanyl pills and methamphetamine into a Phoenix jail.

Sheriff Paul Penzone said 26-year-old Andres Salazar, who worked at Lower Buckeye jail, had been arrested around 3:20 pm, about 10 minutes before the press conference started. Penzone said the former detention officer “recently worked with inmates and some folks on the outside” but says his office has strong reason to believe this was Salazar’s first attempt. Salazar was hired in 2019.

“This young man, whatever lead him to make this decision, will now not only lose his career but most likely the future that he has for himself is definitely going to be hindered,” Penzone said. The investigation spanned at least four months. Salazar was paid $1,000 to smuggle in the drugs but was stopped in the parking lot by officers, Penzone said. Salazar was booked on charges of possession of drugs, promoting prison contraband and transporting drugs for sale.

With the arrest, Penzone said his office will buy and install new scanning devices in jails and scan detention officers.