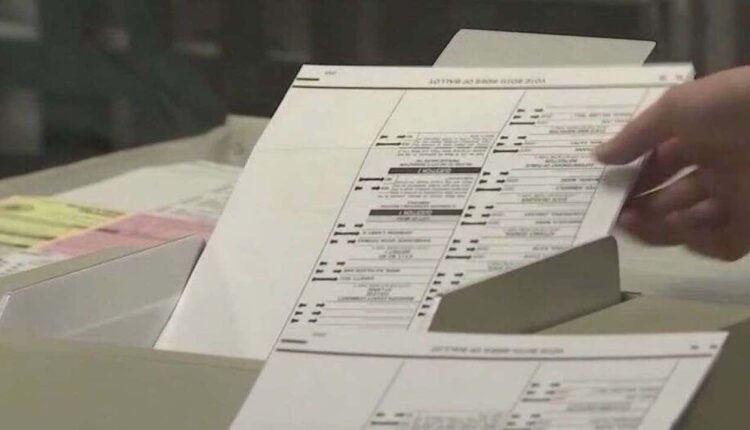 The Maricopa County Board of Supervisors has started an investigation into printer-related problems on Election Day. The investigation will be led by Ruth McGregor, the former Chief Justice of the Arizona Supreme Court.

“When things don’t work, we find out why. Today we are announcing an important step in our efforts to get to the bottom of the printer issues that affected some Vote Centers on Election Day last November,” Board Chairman Bill Gates and Vice Chairman Clint Hickman wrote.

McGregor will hire experts to examine the printers and the ballot-reading process.

McGregor was appointed to the Supreme Court in 1998 by Republican Gov. Jane Hull and served until 2009, the last four years as Chief Justice. She previously supervised a 2019 inquiry into issues around locks on state prison cell doors.

The problem stemmed from some printers that were not producing dark enough markings on the ballots, which required election officials to change the printer settings. Until then, some voters who tried to insert their ballots into voting tabulators were forced to wait and use other machines or were told they could leave their ballots in a special drop box.

The printer issue affected about 17,000 ballots in Maricopa County. By the end of Election Day, the issue was resolved at almost all of the affected polling locations.

County officials say everyone had a chance to vote and all ballots were counted, since ballots affected by the printers were taken to more sophisticated counters at the elections department headquarters.

The county is home to more than 60% of Arizona’s voters.

The printer problems were the focus of arguments in lawsuits from Kari Lake other Abraham Hamadehwho lost the races for governor and attorney general, respectively.

Judges rejected the claims by Lake and Hamadeh.

“This Board of Supervisors has always been committed to continuous improvement. When things don’t work, we find out why. Today we are announcing an important step in our efforts to get to the bottom of the printer issues that affected some Vote Centers on Election Day last November Former Arizona Supreme Court Chief Justice Ruth McGregor has agreed to lead the independent investigation we promised Justice McGregor has experience leading inquiries of this nature, including a 2019 investigation into issues with locks on state prison cell doors.

Justice McGregor will hire a team of independent experts to find out why the printers that read ballots well in the August Primary had trouble reading some ballots while using the same settings in the November General. Our voters deserve nothing less.

Maricopa County appreciates Justice McGregor’s willingness to serve in this role. We look forward to her findings.”

Having voting problems in Maricopa County? How frustrated voters can still submit their ballot

Beyond annual walk honors those impacted in Tucson shooting | news