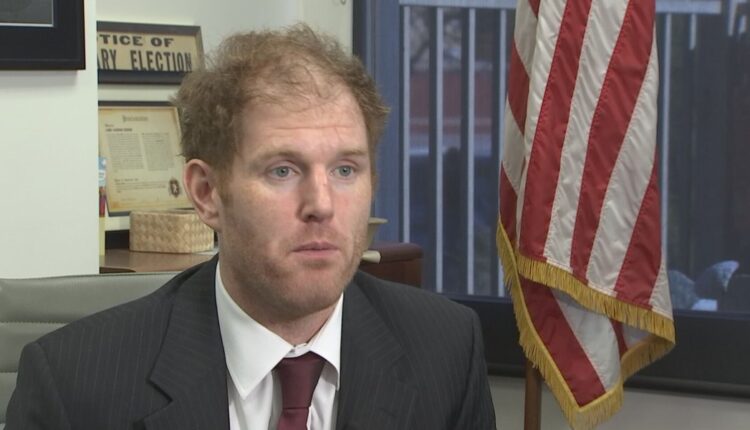 The proposals come after a contentious November election when voters and the rest of the country focused on Arizona, especially Maricopa County. One big question many had was why counting all of the ballots took nearly two weeks. Richer and then Maricopa County Board of Supervisors Chairman Bill Gates said late returns of early ballots were the biggest reason why election results took that much time to determine, relative to other US states with early voting.

The second proposal keeps things as they are but won’t require a signature on the ballot envelope. However, it won’t allow someone to drop off ballots for family or other household members. The third proposal is to allow election workers to pick up the ballots throughout Election Day instead of being restricted to picking them up at or after 9 pm

Late early ballots have increased in number since 2014. In 2022, about 19% of the total ballots cast were early ballots that were dropped off on Election Day.(Courtesy of the Maricopa County Recorder)

Current laws require that any on-site ballot counting only occurs on Election Day. Richer suggests expanding Election Day into four days, from Saturday to Tuesday. This would be accomplished, he argues, by removing the Emergency Voting period — carried out by the Board of Supervisors — as, by law, is only available to voters “experiencing an emergency.” The change would also allow the on-site counting machines to run on more than one day. This is because Richer says the machines are allowed only to run for the first time on Election Day.

“This is a perilous framework,” he says. “Election Day is by far the busiest day of voting, and it should not be the first day any equipment is used. It is better to identify any problems on less-trafficked voting days than on Election Day. Instead, counties should be allowed to begin on-site tabulation before Election Day.”

You can read the rest of the proposals below or on the Maricopa County Recorder website.