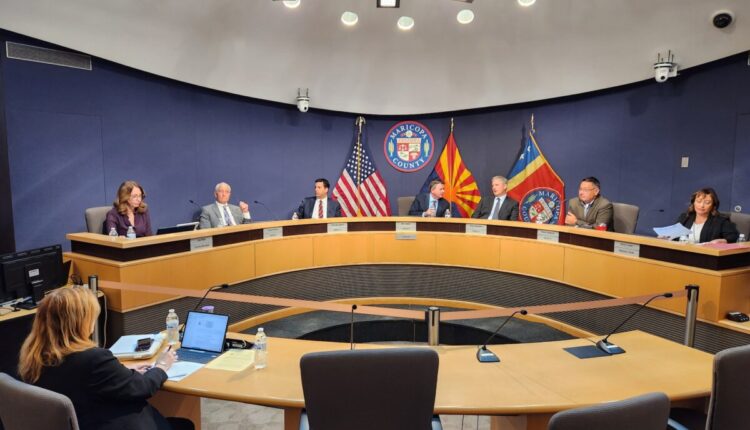 PHOENIX—The Maricopa County Board of Supervisors voted to certify the November midterm general election results despite voters claiming that the Arizona county mishandled the election—if not rigged it.

“It is what it is,” District 5 board member Steve Gallardo, a Democrat, said at the Nov. 28 public meeting in Phoenix.

However, an estimated 70 of the 223 county voting centers on Election Day reported printer malfunction that resulted in approximately 16,000 ballots that couldn’t go through the electronic tabulators.

The situation resulted in long lines of frustrated voters and election workers who instructed them to either spoil their ballots or vote in another location.

Or, they could place their ballots in a secure box for later tabulation.

County officials claimed that an estimated 31 percent of the ballot printers didn’t work correctly on Election Day even though previous tests showed them functioning.

Resetting the printers resolved the problem, they said.

Several poll workers told The Epoch Times that the ballot rejection rate was as high as 52 percent in some locations and continued throughout the day and that some voters left without voting, amounting to “voter suppression.” 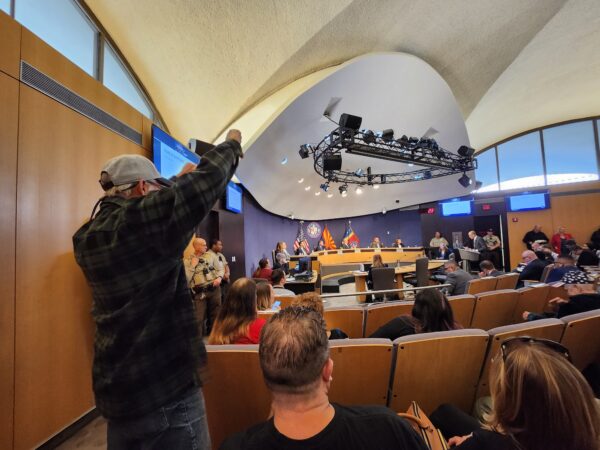 A disgruntled Maricopa County voter gives thumbs down to the Maricopa County Board of Supervisors during a public canvases of the midterm election on Nov. 28, 2022. (Allan Stein/The Epoch Times)

The five-member board’s vote on the canvases of the election included presentations by county recorder Stephen Richer and election directors Scott Jarrett and Rey Valenzuela.

Their testimony hoped to put to rest any false claims and “misinformation” that the county mismanaged the election or that fraud was involved.

Voters who wished to speak were given two minutes at the podium, some arguing that the board had no legal authority to limit their time to make comments.

Some more outspoken voters were escorted from the meeting.

Of the 35 speakers, many accused board members of preparing to certify what they considered a fraudulent election.

Others called for a delay in certification until the outcome of legal challenges from Republican candidates is known. 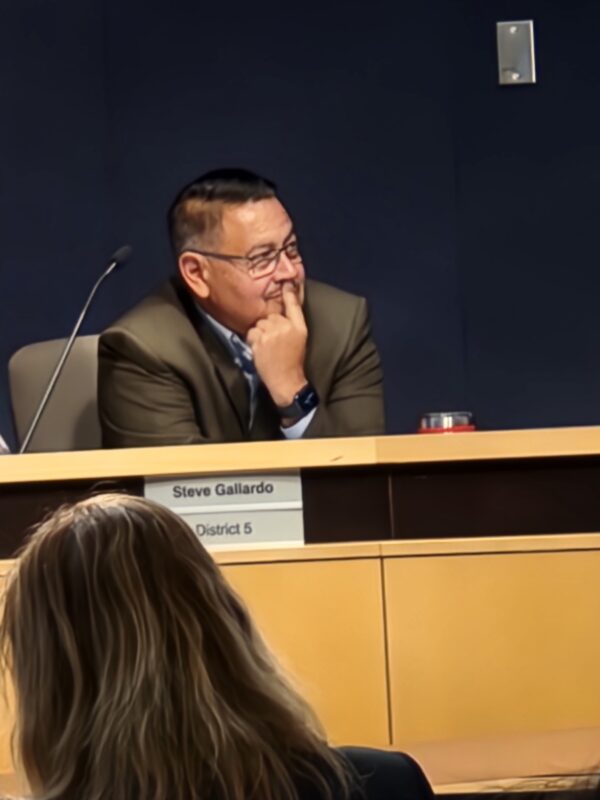 “This is pure corruption. This is outrageous. This is a national crisis. There is nothing trustworthy about this [public meeting]. It’s just theater—optics,” David Clements of New Mexico said.

Maricopa County includes Phoenix and about 60 percent of Arizona’s population.

On Nov. 27, the Maricopa County Elections Department stated that the county had followed state and federal laws to ensure every voter could cast their ballot.

The report was in response to a request from the office of Attorney General Mark Brnovich, which had asked for a detailed explanation following a “plethora of reports from election workers, poll watchers, voters,” and the county’s admission to widespread equipment malfunction.

The Nov. 28 board meeting was largely self-congratulatory as board members thanked election officials profusely for doing a “spectacular” job running the election despite the many problems on Election Day.

“We have the most transparent election system across this country,” said District 2 Supervisor Thomas Galvin, a Republican.

Allan Stein is a national reporter for The Epoch Times based in Arizona.