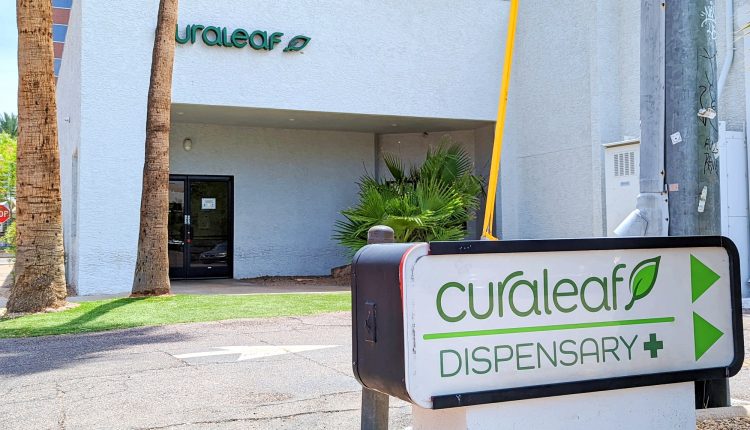 Unionization for workers in the cannabis industry is gathering steam in Arizona, as budtenders at the Curaleaf Dispensary in midtown Phoenix recently voted to unionize, while workers at several other dispensaries are poised to vote on the issue within the next few weeks.

“[This] election marks an important milestone for cannabis workers in Arizona and across the country,” United Food and Commercial Workers Union Local 99 President Jim McLaughlin said in a July 2 press release. “As cannabis companies like Curaleaf continue to see record profits, the time to share their prosperity with workers is long overdue.”

UFCW 99 is Arizona’s largest private-sector union, representing 24,000 workers at Fry’s, Safeway and other retailers throughout the southwest. There are more than 1.3 million UFCW members nationwide.

Massachusetts-based Curaleaf is one of the world’s largest cannabis companies by revenue, operating  more than 100 dispensaries in 22 states across the U.S., including eight in Arizona.

Employees at Curaleaf’s dispensary on Central Avenue, just north of Thomas Road, voted 13-6 on June 30 to join UFCW, making them the first cannabis workers in the state to unionize.

The move to unionize commercial cannabis operations is part of the UFCW’s efforts, known as the Cannabis Workers Rising movement, which began in 2010 when medical cannabis was first legalized in Arizona. The UFCW is working with other Curaleaf locations in the Phoenix area, as well as employees at dispensaries owned by Verano Holdings Corp., a Chicago-based company that operates in 14 states.

According to UFCW spokesperson Drake Ridge, employees at Curaleaf’s Camelback Road dispensary reached out to the UFCW in February and will submit their ballots on July 28. And employees at Zen Leaf in Chandler, owned by Verano Holdings Corp., have their ballots and will cast them by July 19.

“This is something we’ve been working on, both locally and at the international level, for some time now,” Ridge said. “This is a part of a movement that’s really been in the works for some time, but now has a lot of momentum.”

Curaleaf has allegedly worked to block unionization in its dispensaries, and the National Labor Relations Board has received numerous complaints about the company from cannabis outlets throughout the country.

Curaleaf said it could not comment on the unionization efforts. Verano Holdings did not return a request for comment.

Ongoing legal actions are delaying a unionization vote at Absolute Healthcare in Gilbert. Likewise, an employee at the Chandler Zen Leaf dispensary, known as Territory before Verano Holdings purchased it, filed a complaint in January alleging “coercive statements (threats, promises of benefits, etc),” as well as retaliation against employees attempting to unionize.

Ridge said that much of the desire for change among dispensary employees is because the cannabis conglomerates have come into the state by purchasing locally owned operations and immediately creating a corporate structure that is not responsive to employee concerns.

Many of these operations bring in $1 million to $2 million each month, according to Ridge.

“When Zen Leaf Chandler was still Territory, a lot of the workers were employed there when it was still a mom and pop, and they remember what it was like to have that close relationship with management,” he said. “All across the board, the issues that (workers have) seen are pretty much the same: These large corporations come in, they’ll implement new policies without much discussion, and workers are seeing an instant decrease in their bottom line.”

One huge change for Zen Leaf and Curaleaf workers is what happens with tips from customers. Instead of allowing budtenders to continue to keep all of their tips, the new corporate owners implemented policies requiring all tips be pooled and split among all employees — including management.

“At Zen Leaf and Curaleaf locations that have organized, every single worker has complained about the new tip policies in place,” Ridge said. “In some cases, it has cut their take home pay by 40%.”

Gino, a Zen Leaf budtender who led efforts to unionize the shop, was fired along with six other employees after Verano changed its tip policy and unionizing efforts began.

“If your company is making $1.2 million to almost $2 million in good months, every month, then employees shouldn’t be making $15 an hour,” he stated. “If you’re making hand-over-fist amounts of money, you can afford to pay your employees fairly. We’re just simply asking to be paid fairly.”

One former Curaleaf employee says she was fired in 2020 for trying to unionize her workplace. Curaleaf fired Anissa Keane, who had worked in its Gilbert location for three years — including prior to Curaleaf purchasing the dispensary — in August 2020. In 2021, Keane, with the support of the UFCW, filed a lawsuit alleging her firing was retaliation for her organizing activities. Curaleaf says it fired her because she was a subpar employee.

Keane has recently been reinstated to her job and will start soon, after an injunction against Curaleaf was lifted, but the status of a potential vote is still unclear. (The UFCW is currently working to get back pay for Keane.)

“Having Curaleaf reinstate my job really has shown me that, though this has been a long fight, it’s a fight worth having,” Keane told the Arizona Mirror in an email. “I believe strongly in unions, and will continue to fight, not just for myself but for all Curaleaf employees.”

Curaleaf did not respond to the Mirror’s questions.

As more Arizona dispensaries seek representation in an industry that sold almost $1.5 billion in product in 2021, and unionization is taking hold across the U.S., the UFCW says it is laying the groundwork for a possible expansion of the industry should the federal government eventually legalize marijuana nationally. That would allow cannabis workers the opportunity to share in profits that are projected to keep growing as the markets mature.

“A lot of these budtenders, they’re young, they have their whole careers ahead of them,” Ridge said. “They want to be able to go to work, put in their time and know that, in ‘X’ amount of years, they’ll be eligible to get a promotion or get a bigger pay raise. That’s something that a good union contract will provide.”

The workers at Curaleaf’s midtown location are going to get a chance to see that dynamic in motion, as they head into negotiations within the next few months.

“This is really going to lay the groundwork for workers across the country,” Ridge concluded. “This is part of a movement across the country that has really gained substantial momentum and will only stand to benefit the workers as they continue to fight for fair and equitable workplaces and dignity on the job.”

Curaleaf has filed an objection to the NLRB, taking issue with the use of mail-in ballots for the unionization vote. The company claims there was insufficient notice of the switch to mail-in voting.

About 55% of budtenders leave the industry any given year, with about 25% turnover in the first 30 days of employment. Most budtenders do not last a year with a single employer, the company found.

Retailers in Illinois tend to have the best employee retention, about 29% stay on long-term, while those in Colorado and Oregon tend to have the highest rates of turnover with a 12% retention rate. Budtender retention in Arizona is only slightly better at 15%.

According to the U.S. Bureau of Labor Statistics, in 2021 employee turnover was 47.2% across all industries.

As of right now, Phoenix Suns expected to spend $34.8M in luxury taxes