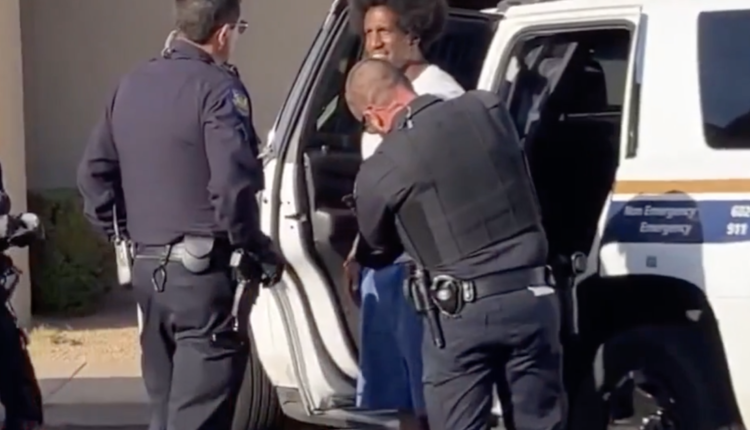 PHOENIX — Mayor Kate Gallego has personally apologized to the Wall Street Journal reporter who was handcuffed and detained by a Phoenix police officer the day before Thanksgiving.

In an email sent to Dion Rabouin, the mayor said she only became aware of the situation on Friday through media reports.

“I am deeply sorry for the way you were treated by an officer of the Phoenix Police department during your trip here last November. It was unacceptable and fell far short of my expectations for the treatment of any resident or any visitor, anywhere in this city,” Gallego wrote.

The mayor continued, “Words cannot undo the damage. Please know Chief Sullivan is aware of my displeasure and that I will continue to push hard for the reform needed within the department.”

The incident between Rabouin and Officer Caleb Zimmerman occurred on November 23, 2022, outside a Chase Bank branch in north Phoenix.

Bank employees called the police while Rabouin was standing outside the building and interviewing customers for a story about interest rates on savings accounts. Police claim the bank asked Rabouin to leave, which is something he disputes.

Chief Sullivan and the department’s public information department were directly informed of Rabouin’s detainment on December 7th. The Journal’s editor-in-chief, Matt Murray, sent a letter outlining his concerns and demanding an investigation.

ABC15 obtained cell phone video from a witness, Katelyn Parady, who recorded most of the officer’s interaction with Rabouin.

The station aired the footage on January 4th.

Phoenix police did not respond to multiple requests for comment or answer basic questions about the incident before ABC15’s initial report.

The following day, the department released a statement saying the matter was under internal investigation, which contradicted accounts from Rabouin and Parady. Both said they individually filed complaints and were told the matter was closed and no wrongdoing was found.

Phoenix has not released any body camera footage.

The city is under a Department of Justice model of practice investigation with a key focus on the violation of people’s First Amendment rights.

Chase Bank executives also apologized directly to Rabouin and expressed concern about how he was treated by branch staff, according to the Wall Street Journal.