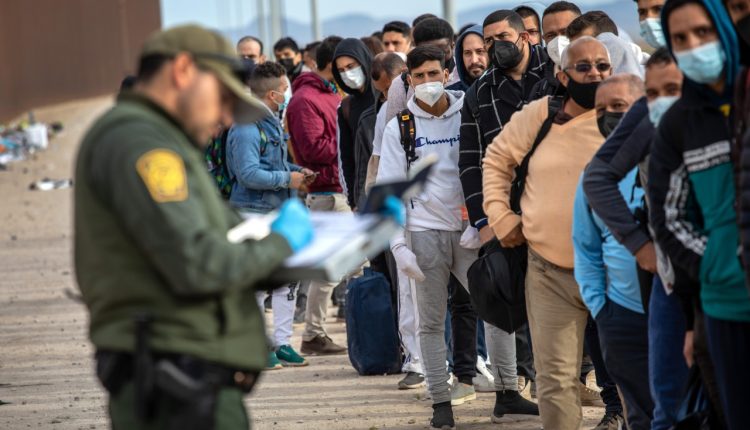 (NewsNation) — You can’t help but notice it — an elderly woman standing among a group of migrants, a large oxygen tank in tow. The 68-year-old woman crossed the Colorado River with it. Her daughter, Yamil Echevaria Suarez, and son-in-law have just arrived from Cuba.

The three join a video call with family members already in Houston. Seeing their faces comes with a sigh of relief, a reminder that the hardest part of the journey may be over.

The family has been trying to get to Yuma, Arizona since March. Now they have made it to America.

“We can’t get what we need (in Cuba), we can’t get jobs. There’s repression in Cuba, a lot of hunger,” Yamil said.

Other migrants arrived from Central and South America.

Hector Sanchez came to Yuma with his family from Peru. He says the economic situation in his country is so bad that he can’t go home. Sanchez is seeking asylum and is terrified of being turned away.

Explainer: With Title 42 ending, what’s next for immigration?

But as thousands travel from distant countries to seek new lives in America, those in nearby border towns fear the influx of migrants is unsustainable.

Douglas Nicholls is the mayor of Yuma, a city of about 100,000 people near the US-Mexico border. Nicholls says his town is already overwhelmed and fears the situation will get worse if Title 42 is allowed to expire later this month.

The Trump-era policy allowed border agents to turn away migrants before their asylum hearing for public health reasons, but the Biden administration will allow the rule to expire later this month.

In order to get control of the situation, Nicholls believes two things need to happen: First, the Biden administration must work with Central and South American countries to improve conditions so there’s less of a need for people to come to America.

Second, he thinks a firm border policy is needed for those who don’t qualify for asylum or enter through a legal port of entry.

“That discourages people from wanting to make the trip. When someone who truly doesn’t need asylum is returned back home, their neighbor decides not to make the trip,” Nicholls said.

For some, the thought of being turned away is too much to bear. Yamil’s mother broke down in tears when thinking about the possibility of being sent home.

The reality is, US immigration law typically does not grant asylum claims for those fleeing financial hardship.

“Please just let all of the Cubans enter. We’re not here to be terrorists, we’re just here to come and work and just get ahead,” Yamil said.