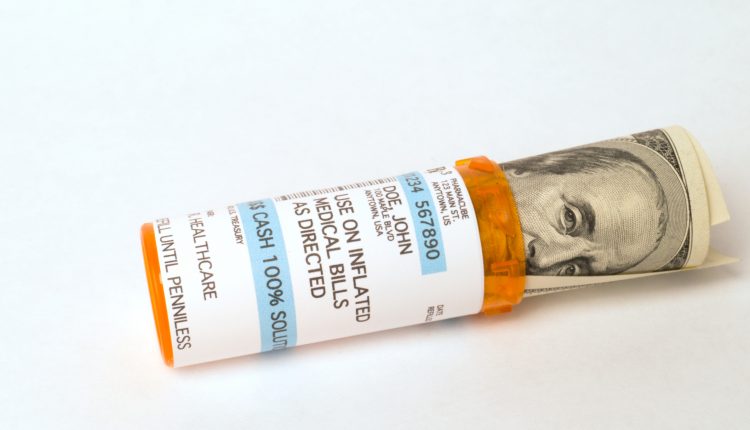 WASHINGTON — U.S. Senate Democrats have reached a tentative agreement to negotiate the cost of prescription drugs in the Medicare program, the first step in passing a long-stalled package that’s expected to include tax and climate change provisions as well.

The deal, brokered between Senate Majority Leader Chuck Schumer and West Virginia Democrat Joe Manchin III, would allow Medicare to begin negotiating some prescription drug prices in 2023, a wildly popular proposal among members of the public. It would also cap Medicare recipients’ yearly out-of-pocket costs at $2,000, according to a summary reviewed by States Newsroom.

Democrats hope to move the legislation without Republican support by using the somewhat complicated budget reconciliation process that they used to pass the $1.9 trillion COVID-19 aid bill in 2021.

The GOP used the same fast-track process to get around the U.S. Senate’s legislative filibuster when it passed the 2017 tax cuts package and attempted to use the process to repeal and replace Obamacare.

The budget reconciliation process, which avoids the Senate’s 60-vote threshold to advance major legislation, is complicated and requires sign-off from the Senate parliamentarian that none of the language breaks a lengthy list of rules.

Medicare is the health care program for people 65 and older, some younger Americans with disabilities and people with end-stage renal disease.

If Senate Democrats, primarily Schumer and Manchin, can reach agreement on provisions to overhaul parts of the U.S. tax code as well as address energy production and climate change, those bills would then be sent to the parliamentarian for similar review.

Manchin, a centrist who frustrated left-leaning members of his party after killing off the much more expansive reconciliation package known as Build Back Better, has said he won’t accept a bill that goes beyond those three broad categories.

If Democrats can broker a final deal and get the stamp of approval from the parliamentarian, the entire package would go to the Senate floor for debate, amendments and a final vote.

That process would be especially challenging for Democrats in the 50-50 Senate, where Republicans would likely put forward amendments meant to force centrist Democrats to alter the package, or take votes that could be used against them in reelection campaigns this fall in purple states.

The amendment voting process for budget reconciliation is different from what’s used for regular bills.

The minority party is allowed to put forward as many amendments as members want, and floor votes are required on those provisions. The process, known as vote-a-rama, often lasts throughout the night and can go into the next morning as well.

The U.S. Senate is on its July 4 break this week, but is scheduled to return to Washington, D.C., on Monday for a four-week session that could include votes on the full reconciliation package, according to an individual familiar with the planning.

Schumer, that individual said, has privately told Senate Democrats that if a full agreement is reached, his goal is to debate and vote on that legislation as early as this month.

Sending the section of the bill that would allow Medicare to negotiate prescription drug prices to the parliamentarian this week would place Senate Democrats in a “better position to act,” according to that person close to the process.

In addition to allowing Medicare to directly negotiate drug prices and capping out-of-pocket costs at $2,000 a year, the proposal would provide free vaccines to Medicare seniors and expand co-pay assistance for some low-income individuals.

The legislation would also require the secretary of the U.S. Health and Human Services Department to negotiate drug prices for the maximum number of prescriptions per year, closing a loophole in a prior bill that some Democrats worried would have allowed a GOP HHS secretary to potentially not negotiate lower prices.