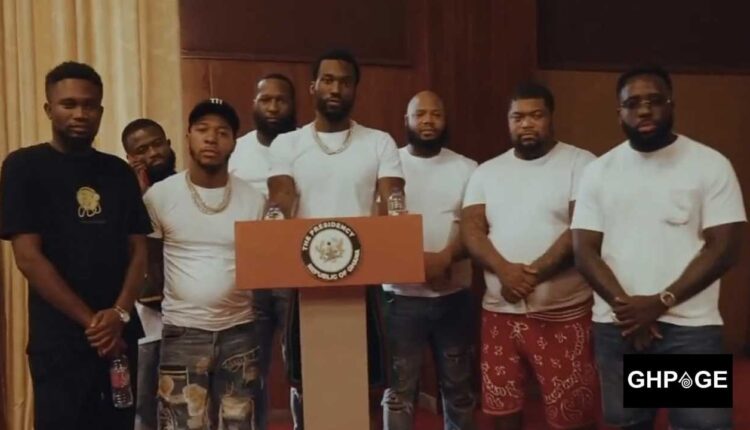 American rapper Meek Mill born Robert Rihmeek Williams has succumbed to pressure and has deleted the video for his new song shared on social media.

The rapper came under attack after sharing the video of his new song on his social media page.

Meek Mill’s new video was shot at the flagstaff House and this incurred the wrath of Ghanaians.

According to some angry netizens, why would the government allow him to shoot a video at the residence and the office of the President.

Many wondered if Meek Mill would have gotten the chance to shoot a music video at the White House where the President of the United States resides.

Well, the video which was trending yesterday has since been deleted from his social media following the comments from social media about the video.

The Presidency is the seat of government and therefore a security zone and therefore it’s inappropriate for some videos to find their way into the public domain.

The video showed Meek Mill is filmed at the presidency in a number of locations, including the entrance, the main hallways, the main conference hall (at a point directly behind the presidential podium), and subsequently in a sitting area rapping.

When Meek Mill visited the area in December of last year as a guest at the Afro Nation concert, he had a good time.

These were some of the big highlights of his trip in Accra, including a quad bike riding session, reports that his phone had been pickpocketed at an event, dodging hoodlums before going on stage to perform, and meeting with the president at Jubilee House.