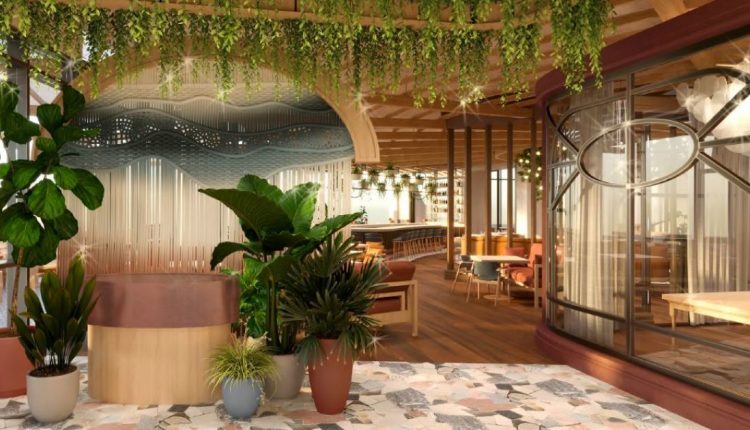 PHOENIX – Almost two years after The District Kitchen and Wine Bar in the Sheraton Downtown Phoenix closed permanently, the hotel has finally announced a new restaurant, slated to open in the fall.

The restaurant is named CarCara – inspired by the Cara Cara orange tree, a hybrid orange with a pinkish-red pulp similar to a grapefruit – the restaurant focuses on local ingredients and its menu aims to serve southwest, indigenous and sonora-inspired dishes to highlight.

It is currently expected to open in September.

The menu includes small bites and dips, soups and salads as well as various starters, including fried scallops wrapped in ham and beef ribeye, according to a press release.

Inside, the 5,000 square meter restaurant will have a central bar with craft cocktails, a lounge with space for around 270 guests and three private dining rooms. Outside there will be a 2,000 square foot deck with a fireplace, two fire pits, tables, and seating, all surrounded by Cara Cara trees and other plants.

The centerpiece of the restaurant’s dining room will be a 14-foot chestnut-oak and wood grille with glass and metal lanterns to illuminate the dining room.

The kitchen is headed by Chef Chaz Frankenfield. According to the announcement, he was unavailable for an interview late Monday.

However, in a prepared statement in the press release, he said he was “excited to introduce CarCara not only to our local Phoenix community, but also to travelers and guests at the Sheraton Phoenix Downtown.”

When it opens it will join a host of new locations that have opened downtown including The Ainsworth, Phoenix Bourbon Room, Rough Rider, Tap That! Downtown, Il Bosco, Character and Alias, Hot Daisy Pizza, and The Pemberton.