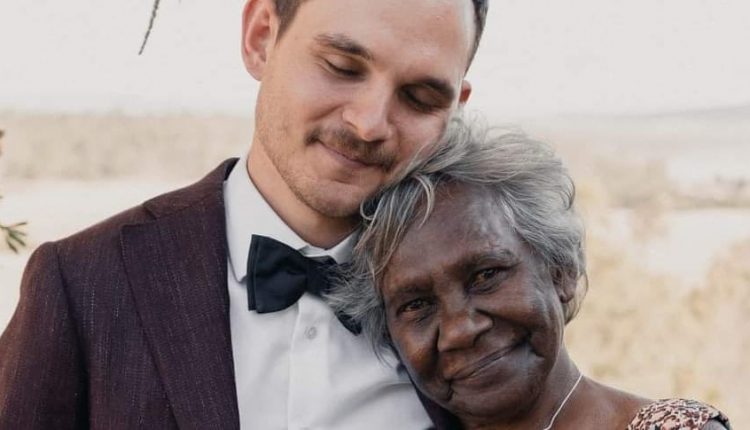 Page grew up in Cape York, far north Queensland, and identified through his grandmother as a member of the Angkum people.

The Angkum Indigenous Protected Area is on the east coast of Cape York Peninsula in Queensland’s tropical north. The land is rich in steep rain-forested slopes, which give way to coastal lagoons and beaches. Angkum’s Traditional Owners are Pama Malngkana, or sand beach people.

Page feels privileged to have grown up on his grandmother’s country, listening to her speak language and show him the ways of the country.

“This is a sea-based indigenous community, where life is centered around food and activities on the water,” explained Page.

“My grandma is our matriarch. I feel blessed to learn from her. We spear fish, trap crabs and eat oysters the size of fried eggs from the beach. When I was last there, we accidentally caught a six-foot croc in a fishing net which my uncle wrestled out of the net with no issues.”

Page has been at BHP for over five years, starting out at BMA Coal, Goonyella Riverside after completing a Bachelor of Chemical and Metallurgical Engineering degree at the University of Queensland.

He stumbled his way into chemical and metallurgical engineering, originally wanting to be an auto-electrician until a passing comment from a stranger changed his mind.

“Metallurgy and minerals processing is a very hands-on science, which is great fun,” explained Page.

Page said he moved to Western Australia just over 18 months ago to live the Nickel West dream!

“The transformation journey of being in a future facing commodity is amazing. I’m super excited about the future of Nickel West. What’s happened with the global mega-trend towards electric cars has far exceeded all my expectations. It has been very cool to be part of something where we are making the materials for batteries, to help keep the world sustainable,” said Page.

“I’m absolutely stoked to be here. When I think about what Nickel West is going to look like in 10 or 15 years … it’s very exciting!”

In his spare time, Page spends time with his young family, does a lot of running, surfs, and follows the footy – being a diehard Fremantle Dockers supporter.

Page sees himself at Nickel West for the long term, being a part of its transformation journey.

Thank you for sharing your story page, it’s great to have you onboard!

Here’s how much Republican lawmakers hate spending on schools