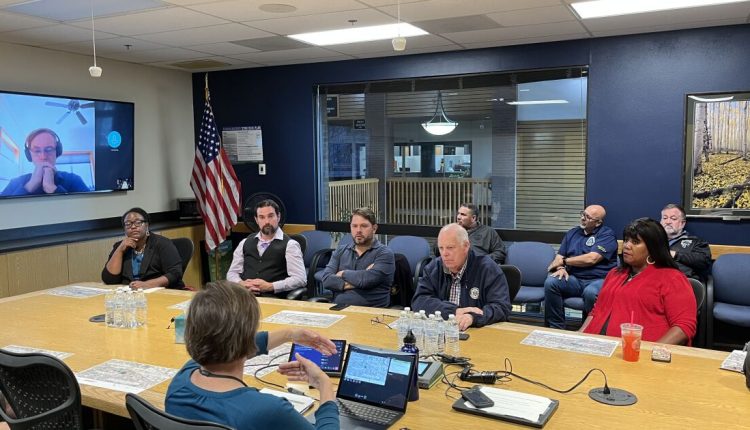 Arizona congressmen Tom O’Halleran and Ruben Gallego, among others, heard from city staff about what’s been dubbed the Downtown Mile. The expansive package of projects that officials call “transformational” will add a third rail to the BNSF line allowing freight to move more efficiently. It’ll also upgrade the bridge at Milton Road enabling its eventual widening to six lanes and add multiple pedestrian underpasses at rail crossings.

“Many of these projects have been talked about over decades. The ability of this downtown area to be able to function at a much higher level is important. And having that puzzle fit together is extremely meaningful because it takes a lot of the pressure off the future,” says O’Halleran, who’s been a long-time advocate for the work.

The $32 million grant comes from last year’s Infrastructure Investment and Jobs Act. BNSF and the City of Flagstaff will contribute millions and, along with other funding sources, the costs are expected to exceed $100 million.

Construction is scheduled to begin in May 2024 and last more than two years. Officials say downtown traffic will be heavily impacted. The Downtown Mile is among 26 projects nationwide that’ll split a $1.5 billion from the grant.