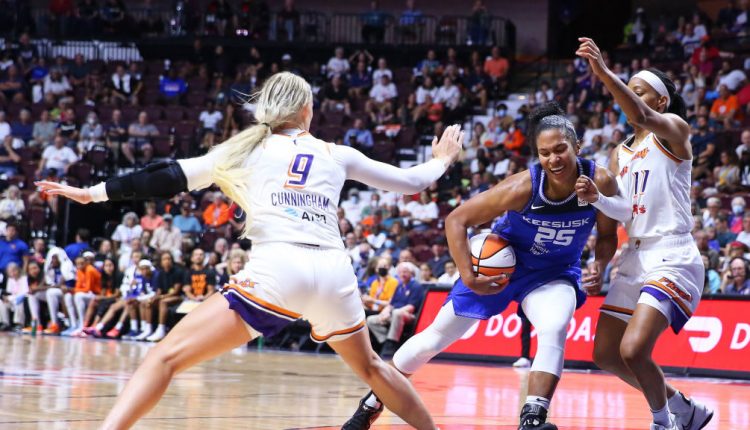 Phoenix (15-20) is tied with New York for seventh in the WNBA standings with one game remaining. The Mercury, who haven’t missed the playoffs since 2012, play at Chicago on Sunday, while the Liberty host Atlanta. Dallas (17-18) is locked into the No. 6 seed and plays Los Angeles on Sunday,

Phoenix started the second half on a 16-5 run, capped by Jennie Simms’ three-point play for a 55-48 lead. DeShields scored 16 of Phoenix’s 23 points through the opening eight minutes of the third quarterback and Dallas was 3-of-14 shooting during the same stretch, scoring just 10 points.

Sophie Cunningham made four 3-pointers and scored 16 points for Phoenix, which was without Skylar Diggins-Smith and Diana Taurasi. Simms scored a career-high 14 points.

Dallas was also short-handed without Arike Ogunbowale due to a recent surgery.