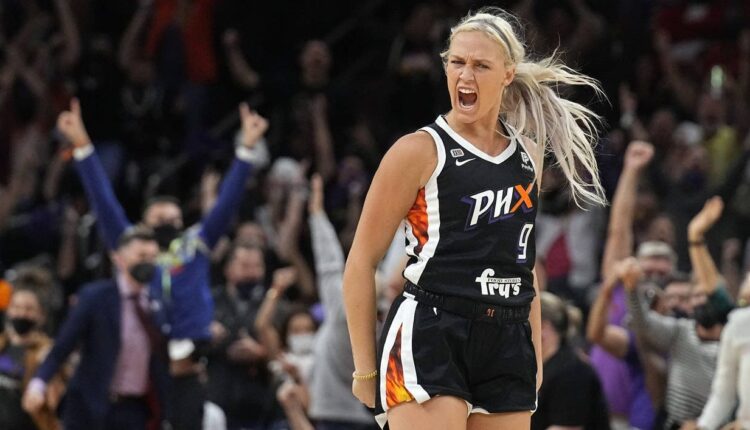 Cunningham will join voices Tom Leander, Tom Chambers, Ann Meyers Drysdale, Eddie Johnson and Kevin Ray for the remainder of the season during pregame, halftime and postgame shows and will make her debut on Dec. 17 against the New Orleans Pelicans.

“Being able to play basketball in front of and for the amazing fans of Phoenix has been one of my favorite parts of this organization. And now being able to share my love for the game, off the court and in front of the camera for those same fans is a dream come true,” Cunningham said in a release.

“I promise to provide the same passion and excitement with a mic in my hand as I do when I have a basketball in it instead. The Suns have a legendary broadcast team and I’m thrilled to sit alongside each of them and add some insight to the game from a player’s perspective.”

The guard is more than qualified, with television experience with ESPN, SEC Network, Sun Belt Conference, Mizzou Basketball and most recently USA Basketball for NBA TV.

Mercury guard Skylar Diggins-Smith had previously done a similar role with the Suns.

Patriots practice in Tucson in between west coast games