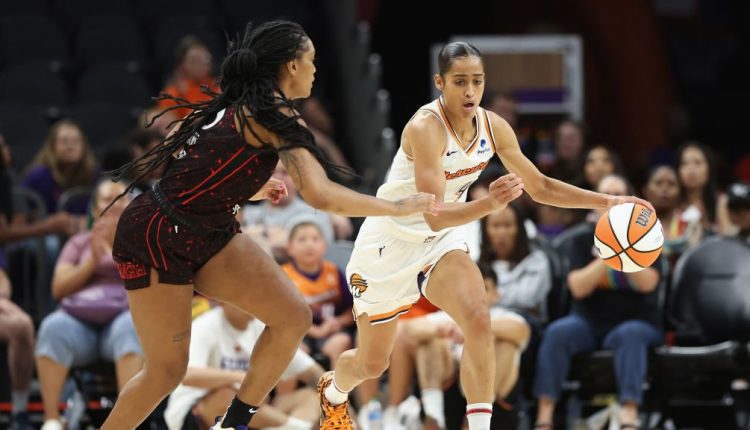 Skylar Diggins-Smith #4 of the Phoenix Mercury handles the ball against Victoria Vivians #35 of the Indiana Fever during the second half of the WNBA game at Footprint Center on June 27, 2022 in Phoenix, Arizona. The Mercury defeated the Fever 83-71. (Photo by Christian Petersen/Getty Images)

Phoenix Mercury guard Skylar Diggins-Smith was named the Western Conference’s Player of the Week on Monday.

It is the sixth time Diggins-Smith has been the Player of the Week in his WNBA career and the third time it has come while as a member of the Mercury.

On the season, Diggins-Smith is leading the Mercury in scoring (19.4 PPG), assists (5.5 APG) and steals (1.8 SPG). All three of those numbers are top 10 leaguwide, and Diggins-Smith is also posting a career-high 4.2 rebounds a night.

Diggins-Smith recently became an All-Star for the sixth time. She has now represented the Mercury twice in the All-Star Game.

Phoenix is ​​currently 11-15 this year and resumes play on Friday against the Seattle Storm.