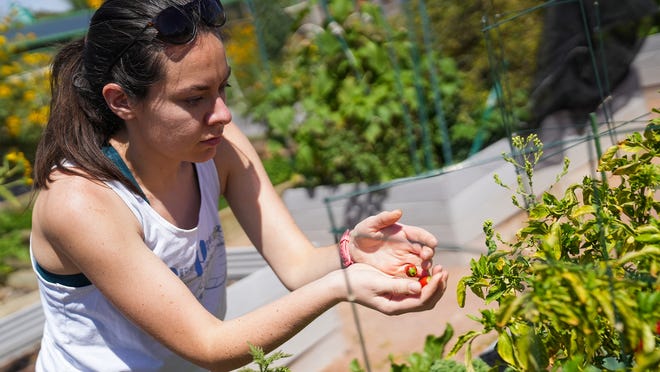 Dry, warm weather is forecast for the Phoenix area early next week as temperatures are expected to reach the high 90s and possibly reach 100 degrees, according to the National Weather Service.

The two warmest days of next week are expected to be Monday and Tuesday with highs in the upper 90s and a 20% chance of reaching the 100-degree mark, according to Phoenix Weather Service meteorologist Mark O’Malley.

The rise in temperature comes as a result of a high-pressure system developing over northern Mexico, pushing the warm air north into the southwest portion of the United States. However, temperatures will drop later into next week as another storm system will be pushing into the western US, said O’Malley.

Temperatures in the 100s are not expected to persist until May, as the average first day to reach a temperature of 100 degrees is not until May 2, according to O’Malley.

The short rise in temperature comes shortly after gusty wind conditions blew through Phoenix earlier this week, adding to the drought conditions developing during this time of year.

Rainfall is uncommon in April and May. Dry, warm weather systems coming through the region are common this time of year, leading to the arid drought conditions Phoenix is ​​facing, said O’Malley.