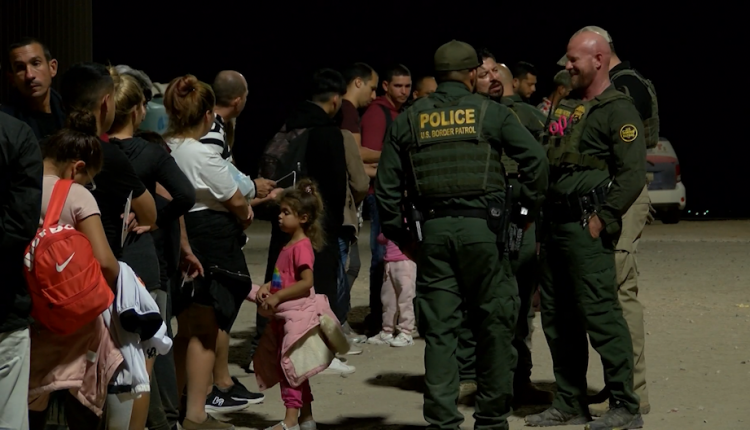 He said in a tweet from July 3 to July 9, local agents made nearly 6,000 apprehensions.

Just after two in the morning on the Yuma Sector, a line of migrants entering the US with border patrol agents processing them and loading them onto a bus, taking them to Yuma Sector Headquarters.

Clem says this month agents have encountered migrants from over 40 different countries.

The Yuma Sector specifically sees migrants who travel long distances to cross into the United States, like one immigrant from Russia.

“I traveled by plane to Mexico in Tijuana, I took a cab here and you can go through,” said Porchet.

Scenes like this are a nightly routine for local border patrol agents.

Many of the migrants here came from Russia and another man says he was in danger due to his family ties to Ukraine.

However migrants voluntarily turning themselves in to border patrol is just one part of the border security effort locally.

Chief Clem says this month, 31 convicted felons who crossed the border have been arrested, they have stopped five human smuggling attempts and two agents have been assaulted.

This cycle has been going on for months now, and there is no end on the horizon for border patrol agents on the Yuma Sector.