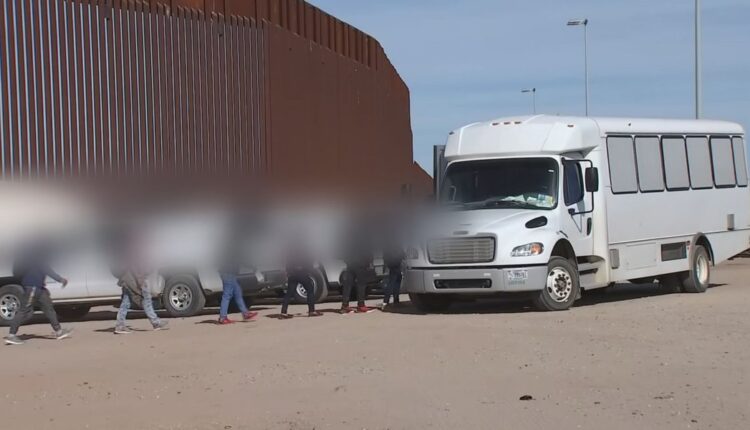 YUMA, AZ (3TV/CBS 5) — The Yuma area is seeing a record number of migrants crossing the border, and the future of the border policy Title 42 is in limbo. As we wait for the Supreme Court to weigh in, the policy allows agents to expel migrants claiming asylum. “Cuba, Panama, Nicaragua, Ecuador, El Salvador, Peru,” said one migrant when asked about different parts of the world people are coming from.

Men, women and children near the Yuma border have been traveling for the last 22 days. They described making the long trip from Ecuador. “They’ve treated us poorly and all that, but here we are. They’ve stolen from us, but we’re here,” said one migrant.

Nearly 40 people were in a group waiting to be picked up by Border Patrol, saying they hope to receive assistance from the US government. “That they help us cross to the other side and give us the opportunity to work and have a life, not just for us but for our kids as well. At the end of the day, we’ve been through so much,” said one woman.

She crossed with her five children, while others we spoke with say they crossed alone and befriended the group. “Some of us are, the rest of us, lets just say we’re friends. We’ve become friends,” said one man.

When asked why they decided to make the long trip, they responded by saying it was an easy decision to make. “In our country things are really bad, people are out there murdering others, they have threatened us,” they said.

Some say they didn’t know the pandemic-era policy, Title 42, was still in effect until Thursday. It was set to expire on Dec. 21. “We came before, but when we were arriving, we found out about that,” they said.

Title 42 was implemented in March 2020 and temporarily halted the process of applying for asylum for many migrants. The final say on the measure is in the hands of the US Supreme Court. But these men and women we spoke with say they can no longer wait, especially after the way the pandemic took away their livelihoods. “That has affected each one of the businesses; it has even affected me because it reached my business, and then unfortunately we had to close and that’s why we had to immigrate,” one woman said.