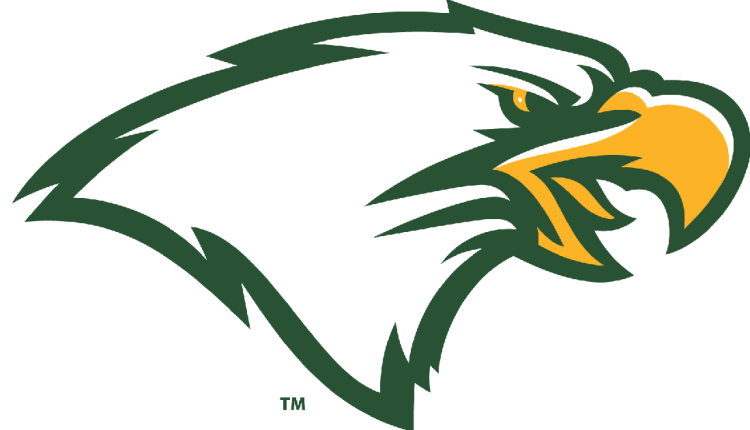 Scoring 22 unanswered points in the second half — including 16 late in the fourth quarter — the 27th-ranked Mingus Union Marauders defeated the No. 33 Flagstaff Eagles, 28-15, at Cottonwood on Friday.

The win was the first Grand Canyon Region victory for the Marauders since Oct. 9, 2020, against the Mohave Thunderbirds, and the first over Flagstaff (2-6, 0-3 Grand Canyon) since 2018.

Coming off a pair of games in which the Eagles allowed 121 total points, 58 against Prescott and a program-record 63 against Lee Williams, Flagstaff’s defense allowed just 20 points, the lowest mark since its win over the Rio Rico Hawks on Sept. 16 .

Eagles coach Sean Manning said the team’s tough day on offense showed that some changes needed to be made for the final two games of the season.

“We can’t seem to get a run game going,” Manning said. “We’re too one-dimensional. We’re too pass-heavy oriented and we just got to fix that. Honestly right now, we got to go back to the drawing board, find out what’s working, what’s not, maybe ditch a lot of plays.”

Mingus Union set the tone by scoring on his first offensive drive on a short run from senior running back Makai Arnaudo midway through the first quarter, his first of two rushing scores. Flagstaff blocked the ensuing kick, which proved to be the difference in the first half.

Flagstaff overcame an early turnover to score its lone touchdown of the half in the second quarter on a 4-yard swing pass from freshman quarterback Chase Brown to senior wide receiver Jake Weidinger. The extra point gave the Eagles a 7-6 lead going into halftime.

A slew of Mingus Union penalties put the visitors in a short field with potential to score again before the half ended. Senior wide receiver and kick returner Tanner Reiff returned a punt, opting not to call a fair catch, and was brought down by the face mask for a 15-yard penalty. The 15 yards were doubled after the Marauders argued the call and drew another flag, bringing Flagstaff past midfield.

On the ensuing drive, Brown was hit hard on a roughing the passer call that moved the Eagles into the red zone. However, Brown was knocked out of the game with what looked to be a left leg injury that required him to get assistance as he limped off the field.

Senior Holden Sena took over behind center for two plays, the latter of which was a botched snap that the Eagles jumped on before Brown jumped off the trainer’s table and sprinted down the sideline to rejoin the offense.

That moment with Brown getting praise from his teammates showed the support the Eagles have for their young quarterback.

“He’s a great kid,” Manning said. “He’s a great teammate. He’s always positive and he doesn’t point fingers. He takes all the blame on his shoulders. He just carries it all. I think he does too much, honestly.”

Brown was set for a storybook return as he connected with Sena in the back corner of the end zone, but the play was called back due to a penalty.

The Eagles turned the ball over on downs on the drive as junior corner Xavier Machado broke up a fourth-down pass in the end zone. In one final chance to score with 17 seconds in the half, Reiff had a field goal attempt blocked to keep it a one-point game.

The second half rejuvenated the Marauders on both sides of the ball. Senior safety Mario Camacho, who also started at quarterback for Mingus, picked Brown off on a deep pass. The Marauders marched down the field, burning time on the clock thanks to consistent run plays, and scored on another Arunaudo touchdown with 3:53 left in the third quarter.

As much as Flagstaff struggled in the run game, it similarly had difficulty stopping the rush on defense as Mingus chewed up most of the time in the fourth quarter on run plays before scoring what looked to be the dagger. Senior Brasen Durkalec rushed for a touchdown with 4:30 left to play.

Durkalec also converted the 2-point conversion that put the Marauders up 20-7.

Needing to quickly put a drive together to keep the game alive, Brown threw his second interception of the game and 13th of the season when junior cornerback Issac Sena jumped in front of a pass and returned it for a touchdown just 1:05 after Durkalec’s score . Another 2-point conversion made it 28-7.

Brown scored one more touchdown on a throw to Weidinger with 1:07 left in the game. Brown’s two touchdown passes brought his season total to 18, now just three shy of the Flagstaff single-season record.

The Eagles have two more games this season before an offseason of soul-searching. Flagstaff will play its final home game of the season on Friday, Nov. 4 against No. 13 Bradshaw Mountain Bears, who will be fresh off a win against No. 20 Coconino Panthers, 27-14, and are 3-0 in region play.

Flagstaff then has its city rivalry game against Coconino on Nov. 11 at Cromer Stadium.

“We can still finish the season 4-6,” Manning said. “Definitely the wrong side of .500, but if we can pull off a win against Bradshaw, I think that would be a huge accomplishment, shock the region kind of thing.”

Flagstaff will look to upset Bradshaw Mountain (5-3, 3-0 Grand Canyon) in Prescott Valley. The Bears are riding a four-game win streak and shut out the Eagles in their matchup last season at the Walkup Skydome, 19-0.